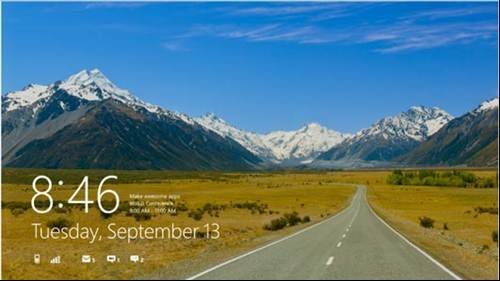 Windows 8 starts to a lock screen, ready for the user to enter a password. There is an innovative option to use a picture password, where the user makes a user-defined sequence of gestures on the image in order to authenticate. The lock screen shows status icons such as unread email, network quality and so on. Booting Windows 8 is quicker than before, and our review sample starts from cold in under 10 seconds, and almost instantly from sleep, though admittedly not much is installed. Microsoft also told the press about a new power state called Connected Stand-by, which will be suitable for power-efficient PCs such as those with ARM CPUs. A machine may stay in Connected Stand-by for days at a time, during which it will still be able to perform some tasks such as email collection. The model is similar to what we are used to with smartphones, rather than PCs.