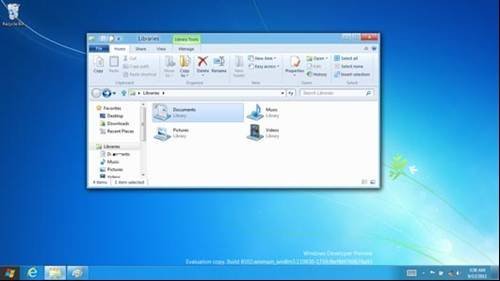 Windows Explorer in Windows 8 has been given a ribbon-style user interface. According to Microsoft, the most commonly used features are now easier to find. Explorer now restores an Up button to the left of the address bar, which switches to the parent folder. File operations such as copy and paste have new dialogues, with choices such as whether to replace existing files being better presented, and a consolidated view of multiple file copies.