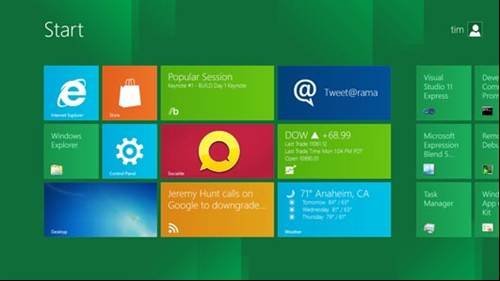 The big new feature is a touch-centric user interface superficially similar to that of Windows Phone. Called Metro, it is based on applications that run full-screen, allowing Microsoft to call it an immersive user interface. Metro also features a Start menu formed from groups of tiles. The tiles are dynamic, so applications can render changing data such as weather or stock quotes in the tile. By supporting touch in this way, Windows 8 will be a suitable operating system for tablets. Windows on a tablet is nothing new, but previous Windows tablets needed a stylus to obtain accurate pointing on a system that was originally designed for keyboard and mouse. In Windows 8 that has changed, and Metro-style apps can be used easily with touch alone. Windows 8 is also being ported to ARM processors for high power efficiency. Although tablets have been most successful in the consumer market, they are beginning to prove useful in businesses thanks to their convenience.