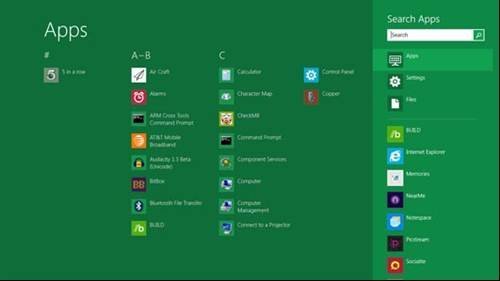 Windows 8 has a new interface for search which should make it easier to find both apps and files. You can also perform app-specific searches. This feature is enabled by a system called contracts. For example, applications can implement a contract stating that they have searchable content. This informs the Search feature that it should show the app in the Metro search panel. Contracts are also used for other common tasks such as sharing files or printing. The advantage, Microsoft claims, is that users see a standard interface for these tasks.