Computer Weekly has launched the Most Influential Women in UK IT Hall of Fame to showcase Britain’s most successful female IT leaders for their commitment and contribution to the IT industry and their efforts in encouraging more women to join the tech sector.

The Hall of Fame sits alongside Computer Weekly's annual list of the most influential women in UK IT - now in its fourth year - which focuses on role models and the vital part that female leaders will play in making a difference to the future of IT.

The Hall of Fame was established to highlight people who have appeared prominently on our list of the most influential women in UK IT every year, in recognition of their longevity and lifetime contribution.

This recognition also allows judges for the annual award to instead include new entrants to the list who are following in the footsteps of the Hall of Fame, allowing more new role models to obtain the prominence that appearing on the list conveys.

Three women make it onto the inaugural Hall of Fame list:

The winner of the 2014 award for most influential woman in UK IT, Dame Wendy Hall, has been entered into the Hall of Fame for her many achievements and commitment to furthering the cause of women in technology throughout her career.

Speaking to Computer Weekly last year on topping the list, Hall said she has been trying to encourage more women to consider careers in IT and computing for 30 years.

She started out by studying undergraduate and postgraduate degrees in mathematics at the University of Southampton. She returned to the university in 1984 to join a newly created computer science group, where her team invented the Microcosm hypermedia system - a forerunner of the World Wide Web.

In 1994, she was appointed as the university's first female professor of engineering. She served as head of the School of Electronics and Computer Science from 2002 to 2007. In 2000, she was awarded a CBE in the Queen's Birthday Honours list, in addition to becoming a Fellow of the Royal Academy of Engineering.

Along with Tim Berners-Lee, Nigel Shadbolt and Daniel Weitzner, she founded the Web Science Research Initiative, which was launched in 2006. She was appointed Dame Commander of the Order of the British Empire (DBE) in the 2009 New Year's Honours.

Last year, she was invited to join the Global Commission on Internet Governance, an international effort to determine how to keep the internet free and open to all. She also launched the Institute of Web Science, a major research initiative to understand the effect the web has on society, culture and the economy. Hall sits on numerous committees and advises various government bodies.

She feels very strongly that solving the gender imbalance in the IT sector is not just an issue for women to sort out, but men too. In 1987 she co-authored, with Southampton University colleague Gillian Lovegrove, the seminal paper, Where have all the girls gone? seen by many as creating the modern movement for promoting women in IT.

Hall also appeared on Computer Weekly UKtech50 list of the most influential people in UK IT last year, which featured 16 women in 2014 and was topped by a woman – Jane Moran, CIO of Unilever – for the first time. 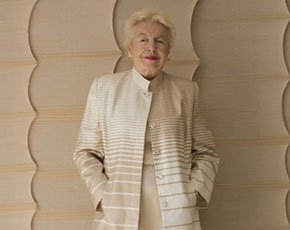 Dame Stephanie "Steve" Shirley has been entered in to Computer Weekly’s Most Influential Women in UK IT Hall of Fame due to her sustained commitment to the IT sector. Shirley’s approach to flexible working and job-sharing for women in the 1960s was revolutionary and paved the way for women working in the technology industry today.

She is well known for her tireless work as an entrepreneur and philanthropist. She took time out of her busy schedule to meet with Computer Weekly to discuss several projects close to her heart and what life was like as a woman in IT starting out in the 1950s at the Post Office.

When Shirley's FI Group, later rebranded as Xansa, was starting out in 1962, only three of its 300 programmers were men. By the time she sold Xansa to Steria, in 2007, the company had 8,500 employees.

She started the company with just £6, after having to gain her husband’s permission to open a bank account. At the company’s peak, during the 1980s, she was worth £150m. In 1993, she officially retired at 60 and has since taken up philanthropy, giving away at least £67m to more than 100 projects.

Speaking at a recent We Are The City event, Shirley said she has “morphed” her interests from just women to diversity as a whole, for example in her mission to get one million people with Asperger's syndrome into the IT industry by 2020, as well as tackling the topic of ageism. 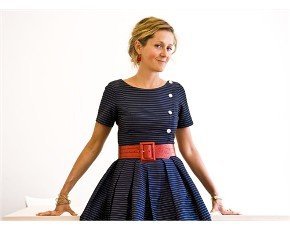 Baroness Martha Lane Fox is known best for co-founding Lastminute.com, but has been entered into the Most Influential Women in UK IT Hall of Fame for her efforts in transforming the lives of millions as a UK Digital Champion and for supporting the notion that women should be at the heart of the technology sector.

In June 2009 the government appointed her the UK Digital Champion with the aim of getting more UK citizens online.

She launched the Government Digital Service (GDS) in 2011 following her recommendation to the Cabinet Office for the government to become digital by default. She also launched the charity GO ON UK in 2012 - another initiative to increase the number of people using the internet.

Last year Go On UK took its online digital skills programme to Northern Ireland in a bid to reduce the number of people below the basic online skills threshold by 25%. Speaking to Computer Weekly at the time she said she "fell into technology" herself, "but got bitten by the bug on what the web can do".

She recently used her Dimbleby Lecture to propose a national institution called Dot Everyone which would help to put women at the heart of the technology sector. Lane Fox used the lecture to air her idea of creating a national institution to make Britain “the most digital nation on the planet”, and urged the nation to sign an online petition demanding that the prime minister gets started on building the institution.

Selecting the most influential women in IT

The voting for the 2015 list of most influential women in UK IT - and possible future members of the Hall of Fame - has started. Click here to place your vote for the most influential female IT leader for this year.

Read more about women in IT

Achieving diversity in IT: How women AND men can make a difference

US women would benefit from code of practice similar to Lord Davies review, says Lisa Hook, president and CEO of Neustar