With UK economy shows signs of recovery and the Bank of England talking about raising the interest rate, savers are looking for investment opportunities. Could medium sized business (MSBs) funding provide the answer and offer a surge of business to the channel? 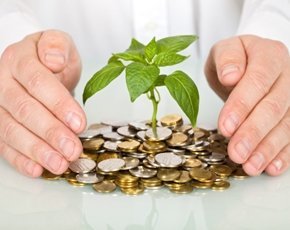 MSBs represent just 1.8% of companies, and are often called the forgotten army of British businesses, finding it hard to access a loan for longer than five years. However they provide nearly a quarter of private sector revenue and 16% of total employment.

“Long-term finance is critical to the future of any growing firm, but the lack of it can make climbing up the growth ladder a tough task for many mid-sized businesses,” said Sean Taylor, co-founder and managing director of Redwood Technologies.

“Building up a British ‘mittelstand’ of successful medium-sized businesses is mission critical to our economic future,” said John Cridland, CBI director general.  “With little recognition, these firms quietly toil away, creating jobs in communities and boosting growth in every corner of the nation.”

The report, “Stepping up: fixing the funding ladder for MSBs”, from the Confederation of British Industries (CBI) and accountancy firm BDO recommends ways the government can better incentivise funding.

Targeting individual savers, the LTLT should offer a return based on yield, not capital gain and a deduction from income tax in the year of investment.

The report also calls on the government to change the way the Enterprise Finance Guarantee works by rewarding lenders for providing longer-term loans.

“These proposals are aimed at giving companies like ours a much needed leg up in reaching our full potential, at the same time as helping savers,” explained Taylor.

With 70% of MSBs planning to grow in the next year, they will be central to improving the UK’s investment performance and driving productivity growth.

“A key part of unlocking enormous potential is for the Government to fix the funding ladder, filling in the gaps in supply of long-term finance that the UK’s brightest growing firms need to succeed,” added Cridland.

The LTLT would cost the Government £310 million a year with the potential to unlock billions of new long-term loans, providing relatively high returns, with a degree of protection, being run by investment professional.

“Making the most of the UK mid-market is fundamental to creating a balanced and sustainable UK economy,” said John Gilligan, Partner at BDO. “But the UK lacks diversity in long term funding sources - particularly for mid-sized companies.”

The Enterprise Finance Guarantee supports bank loans of up to £1.2 million to MSBs, guaranteeing up to 80% of the outstanding loan. The report calls for it to be adapted to promote longer-term loans, for instance, by progressively increasing with the term of the loan with higher guarantees of capital repayments at a later date.

“Incentivising savers to invest in our businesses for the long-run is a win win,” says Cridland. “It offers them attractive, alternative investment packages, while helping propel medium-sized businesses along their growth path, boosting the economy as a whole, and enhancing productivity.”

“We’re not trying to reinvent the wheel. Instead we’re suggesting an innovative adaptation of existing distribution channels. This is designed to allow new entrants to start up and flourish alongside current funding sources,” said Gilligan.

“The proposal also gives the people of Britain the opportunity to directly invest in long-term loan portfolios to the middle market in a regulated environment,” Gilligan went on. “Savers will have a new asset class to invest in and companies will be able to access the more patient capital that they tell us they need to grow.”

The report also calls for the Government to continue to actively promote the benefits that private placements have for British companies and to allow companies already listed on the London Stock Exchange’s AIM to raise more capital from existing investors without the need to produce a prospectus.

Should the funding incentives be put in place MSB’s will bring a proportion of the cash into the channel as they put plans for growth into place investing in the technologies they need for success.