The resistance to the cloud appears to have melted away in the SME sector with customers now viewing adoption
of hosted services as an inevitability at some point in the not too far distant future. 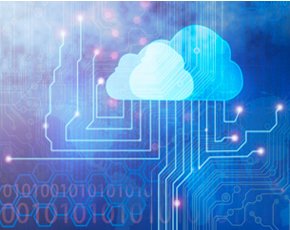 Small companies have been at the vanguard of cloud because of the advantages it provides in being able to
access services that would normally be beyond them had they chosen to install them on premise as well as the
attraction of hosting some functions to relieve the management burden.

Although the move to the cloud over the past five years has not quite been a stampede but more of a thoughtful
plod towards the technology the market does now seem to have reached a point where those that haven't yet
thought or adopted some form of hosted service are in the minority.

“Increasingly, we see more and more SMBs realising the business benefits of cloud adoption, and as a result we
see businesses are not asking why or how they will adopt the cloud, but when,” said Jacek Murawski, Odin EMEA
general manager and vice president.

Murawski could talk with some confidence about the attitudes of SMEs towards cloud because the firm has
undertaken research that reveals healthy growth over the next three years.

The software player is in the fifth year producing annual reports and the latest indicates that the European
SME cloud services market will grow at an annual compound growth rate of 17% by 2018.

The market should increase from €18.9bn to €30.1bn in that period as more firms take steps into the hosted
world, with infrastructure as a service one of the areas that should experience strong demand.

Other areas that should see investment include the health and finance sectors looking for more security and
backup services as a result of compliance.

The demand for unified comms is also expected to rise in the next three years and that along with IaaS and
software as a service will be the three main planks of cloud investment from the SME community in the short-
term.

Interesting to note for resellers was the conversion rate of customers that had tried a SaaS application on a
free try-before-you-buy basis, with 62% only signing a contract after they had gone through that process.

Many vendors offer the chance for partners to provide some sort of 30 day trial so customers can have a go
with the product but this is clearly a more essential requirement in the SaaS market and something that
resellers need to be trying to offer.