Vodafone CEO Vittorio Colao has detailed his company's discomfort with the prospect of a BT/EE merger. 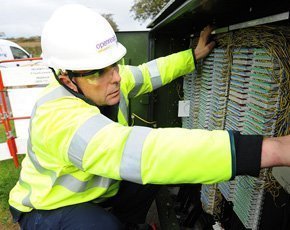 The comments came as the service provider reported a half solid set of quarterly results. Colao said that in the interests of competition and broadband infrastructure, spinning off Openreach was the right thing to do.

“Vodafone’s position is that this country should not allow the remonopolisation, through two deals, of mobile and fixed data traffic with potentially 75% of the mobile traffic going into EE’s network, and potentially 90% of the backhaul being into BT’s hands,” he said on a call with analysts, transcribed by Seeking Alpha.

“Ideally, it would be good to split Openreach. If Openreach is not splittable then the price, the access conditions, and access to content […] should be looked at very carefully.”

The CEO said that BT was essentially dismissing true fibre technologies and instead opting for VDSL and G.fast.

“I think that position indicates a low willingness to really modernize; and, at the same time preserve competition,” Colao said. “I think the regulators should have a serious look at the possibility of creating a true modern infrastructure company to serve the country.”

Colao hinted at his willingness to invest in an independent Openreach, on the condition that all of the providers had equal access to the cables.

"We would be prepared to put equity in a vehicle that could deliver fibre to us and also other companies, whether it is an independent Openreach or a similar vehicle.”

Ofcom is currently assessing the future of Openreach as it prepares for its Strategic Review of Digital Communications. BT’s CEO recently warned that any such spin off would lead to a decade of litigation and hamper advancements in network infrastructure.

“This is a commercial enterprise and if there's uncertainty we will defend the rights of our shareholders, undoubtedly," Patterson said in an interview with The Telegraph. "It puts that investment very much at risk. At the end of it, and if we're meant to be looking at the next ten years, what do you want to look back on? Do you want to look back at 10 years of litigation and arguments?"

Colao said that Patterson’s peacocking was to be expected.

“Exactly like in other places, like in my home country, in Italy, the incumbent plays the game only up to a point and then starts threatening legal action, which is typical incumbent behaviour,” he told the analysts.

The Vodafone boss said that they had made their case to Ofcom and it was now in the regulator’s hands.

“We make our points, and we show our papers, and then it’s up to them to make their decisions,” Colao concluded. “In the end, we have to respect, institutionally, what they think. We clearly pointed out, pointed to them that there were some perceptions, or some calculations that we don’t think reflect reality. It is up to them now to think about our comments and decide which use to make of them.”

The firm recorded consolidated revenues of £10.1bn, down 0.9% year-on-year on a reported basis, but up 3.3% on an organic basis. Total organic growth in service revenue, the key metric watched by investors, increased 0.8% year-on-year. Europe, which has been a contracting market for the carrier, was down 1.5%, from a 2.6% fall in the previous three months. The UK was up 0.2%, marking the first quarter of growth since 2012.

While not exactly mind-blowing figures, they were positive enough to send shares up 2.8% in after-hours trading.

“Our established leadership in 4G and key differentiators such as Wi-Fi calling are working well for the business,” said EE’s CEO Olaf Swantee. “We’re the clear network market leader and this, combined with our strong operational performance, has led to a return to revenue growth while delivering our best ever EBITDA margin.”