One of the constant complaints of those trying to fight software piracy was the punishments for breaking the law were not strong enough to dissuade people from flouting the law. 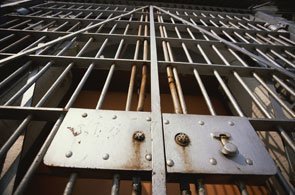 With prison sentences just being a couple of years and the potential rewards of pirating software making it an attractive gamble for criminals there have been calls from groups like the Federation Against Software Theft (FAST) for the legal penalities to increase.

The industry lobby group will now get its chance to call for tougher penalities with the government starting a consluation on whether or not the maximum custodial sentence for copyright infringement should be increased from two to ten years.

The consultation focuses on changes to the penalties for offences under sections 107(2A) and 198(1A) of the Copyright, Designs and Patents Act 1988. The potential prison time for criminal copyright is a decade but it has always been much lighter for online copyright infringements.

Julian Heathcote Hobbins, General Counsel, FAST, said that the group welcomed the chance to get the law changed.

“This consultation process is an important step in this internet age and we will work with the Government to support its work to carefully consider these challenging areas of IP law. It seems proportionate for sentencing policy reasons to bring the online world onto the same footing as the offline," he said.

“Illicit downloads are serious because the quality of a digital copy never fades. Illicit download site prices can almost match that of genuine sites. There is a need to improve for legal clarity to define the word ‘article’ at s107 of our copyright law to iron out ambiguity. Challenges remain about those who make money from mass infringement on the internet but may claim it is not a ‘business’ under copyright law,” he added.

He also pointed out that many of those developing IP came from the ISV and SME communities and could not afford to be victims of copyright theft.

The government is holding an open consultation Seeking views on increasing the maximum custodial sentence for online copyright infringement from two to ten years.

Those with a contribution to the process have until 17 August to share their views with the Intellectual Property Office.

There have been recommendations in the past to try and increase the penalities for copyright infringers with the Gower Report calling in 2005 for the penalties for those that broke the law to be both "effective and dissuasive".

Before the recent general election FASt provided its own manifesto to try to guide politicians in their views around the software industry and it also called for more effective penalties against those that chose to flout intellectual property rights.