BT could be forced to spin off Openreach in order to improve competition, the telecoms watchdog has said today.

The proposal was part of Ofcom’s discussion document, designed to explore the remit of its upcoming Strategic Review of Digital Communications. This is only the second such review since the regulator was established and the first in ten years. 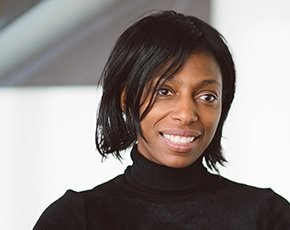 Openreach was established as part of the last review in 2005, with Ofcom concluding that BT had ‘the ability and incentive to discriminate against competing providers’. But ten years on and both Sky and TalkTalk say that BT maintains a stranglehold on market and have been pushing hard for Ofcom to explore the possibility of a breakup.

“It is welcome news that Ofcom is putting the future of Openreach at the centre of its review,” said Mai Fyfield, Sky’s Chief Strategy Officer. “For too long, consumers and businesses have been suffering because the existing structure does not deliver the innovation, competition and quality of service that they need.  We believe Ofcom should now move quickly to ask the Competition and Markets Authority (CMA) to undertake a full competition inquiry.  In a rapidly changing sector, it is vital for the UK that the national telecoms network delivers a service fit for the 21st century.”

TalkTalk also welcomed the news, saying: “We are pleased that Ofcom is looking at all the options for the future of the telecoms market as part of its strategic market review. This is a once in a decade opportunity to make bold, radical decisions, such as the separation of Openreach.  It is vital that Ofcom places customers at the heart of their decision-making process so that we end up with a competitive market that delivers the modern digital services and infrastructure Britain desperately needs.”

BT maintains that without retaining ownership of Openreach, it does not have the financial clout needed to make bold advancements in the network’s infrastructure. BT chief executive Gavin Patterson told BBC Radio 4's Today programme that it would be a "mistake for the country as a whole" if the company were to be divided. When asked whether BT had a monopoly on internet service provision, he pointed out that his company services less than a third of the market.

But it is not market share that is getting BT’s competitors all riled up. They argue that it is impossible for Openreach, which provisions, maintains and upgrades the fixed line network, to remain neutral and this in turn is having a negative impact on customers.

“Across all services, concerns are being raised about the quality of experience for consumers and businesses. This includes service quality at the retail level, as well as the quality of service of wholesale products from Openreach,” Ofcom’s discussion document read.

Ofcom said that a restructuring of BT was one of four possible options.

“[Restructuring] has the potential to deliver benefits, since it would address BT’s underlying incentive to discriminate against competitors, and enable a simplified regulatory framework. It may also increase Openreach’s management focus on, and control over, network investment decisions and performance issues,” Ofcom said, but added: “It would be an intrusive and complex intervention both for BT and the rest of industry, with substantial implementation challenges.”

Despite the noise being created, analysts are in general agreement that an outright split is unlikely.

“The major focus of the latest strategic review of the digital communications market is all about how well competition is delivering benefits to consumers and businesses,” commented Paolo Pescatore, director, Multiplay and Video at CCS Insight. “With this in mind, it seems that a full separation is unlikely as stated by Ofcom. Furthermore, Ofcom has acknowledged that the current system, whereby BT operates Openreach as a separate unit, has provided choice.”

“It is especially interesting that Ofcom has chosen to conduct this review as we move towards two major acquisitions that will change the UK multiplay market. Only time will tell, but it is clear that Ofcom is sticking to its guns.”

Ofcom is seeking evidence and responses to today’s discussion paper until October, and will then publish its proposals by the end of the calendar year.