Fast growing economies, such as those in the BRICs, are leading the way when it comes to ‘autonomous customers’, according to a new report from BT and Avaya. 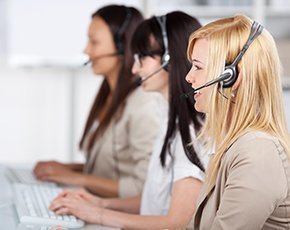 The term ‘Autonomous Customer’ refers to self-serve consumers that research and investigate products and services before making buying decisions. Once a paying customer, they prefer to have control over interactions with the business. It’s a departure from the traditional communication model between an organisation and its consumers, where the terms of customer interactions were very much dictated by the business.

The study, entitled ‘Autonomous Customer 2015: On hold for Intelligent Customer Service’, found that while an ever increasing number of customers were happy to ‘self-serve’, they also expected instant and excellent service through multiple channels when needed.

The study polled 5,500 customers from across ten different countries, producing some revealing stats. For example, 85% of respondents said that it should be easier to contact an organisation and only one in five said that they had their issue resolved in the first interaction.

However, the most revealing statistics came at a regional level. The fast growing economies placed a much greater emphasis on channels such as social media. For example, customers in India (88%), UAE (87%) and Indonesia (80%) are far more likely to turn to Facebook for service than in the UK (53%), Belgium (48%) or Germany (40%).

“Autonomous customers invest time and effort to make a purchase decision. When they hit an issue they can’t resolve, they want an answer from the organisation there and then,” explained Garry Veale, president, Europe, Avaya.

The expectations placed on these multi-channel interactions are increasing. More than two thirds (70%) expected their social media interactions to be handled within 15 minutes.

Customers also want to be able to move seamlessly between channels. Three quarters of all consumers expected a customer service agent to be instantly aware of their details and history, across all channels.

Asked if organisations should always offer multiple communications channels, the growing economies also had the highest expectations. China (91%) and UAE (89%) said that multi-channel communication was a must, compared to Germany (69%) and Belgium (58%).

“Organisations have to align themselves with rapidly changing consumer expectations,” said Dr Nicola Millard, head of customer insight and futures, BT Global Services. “Transactional websites and mobile apps - along with social media - put organisations in the position of having to support customers 24/7. The digital world lives ‘in the moment’ and puts consumers in control. Customer service has to follow suit.”

For those organisations that do manage to strike the right balance between enabling a self-serve environment and offering customer service that meets these demanding terms, the rewards are high.

Three quarters of UK consumers said they would buy more from organisations that make the customer experience easier.