The date 14 July is usually just a big thing in France as it marks Bastille Day, but this year it will have more resonance on this side of the channel for those users that have applications sitting on Windows Server 2003. 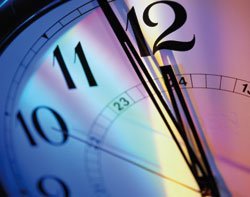 Microsoft has let the world know that the date for the end of support is looming in plenty of time but there are still tens of thousands of users across the UK that have still to make the move off the technology.

The issue might not have got the sort of coverage that accompanied the switch-off for support for Windows XP but it is something that the channel has been talking to customers about over the course of the last year.

With just a few weeks left before support is withdrawn those at the front line of trying to help customers migrate to an alternative are rolling up their sleeves and continuing to guide users through their options.

Application intelligence specialists Camwood has been vocal about the need to have a migration plan and it is still talking to its customers and helping them come up with the next steps. One of the biggest problems is that many are not completely on top of their systems.

"It was a lot easier with things like XP because it was a lot more in people's faces," said Adrian Foxall, CEO of Camwood "We ask customers if it would help if they knew which applications were being used and how often. whether they are going to move to the cloud or upgrade to another version of Windows Server they need to understand what they have and what they are dependent on. They still have to get their house in order."

"Giving the customer knowledge is power and people find that they don't really know what they have got. This is a vert good reason to clean house," he added.

Once a customer realises just what applications are being used and are still based on legacy systems the question of migration starts to be put into more personal context and for many it is more than just protecting themselves from hackers that becomes the motivation for upgrading.

Ed Shepley, solutions architect at Camwood, said that although security is a major concern there are other more pressing issues that are making the need to move off Server 2003 with compliance at the top of the list for most users.

"There are some security concerns because customers worry they might be compromised," he added "The key thing for server platforms is that vendors won't support applications and you will drop out of compliance."

With some vendors understandably taking the view that they will not support an end-of-life platform there are plenty of customers that will suddenly be exposed to more than just a Microsoft relationship issue.

The size of the challenge

When Spiceworks canvassed the views of IT pros back in March it found that only 15% had managed to complete their Windows Server 2003 migration with 36% yet to take any steps.

Of those that had migrated the experience did not go as badly as they expected with it taking around a month rather than the many more weeks of disruption they had feared.

Given the need to move Foxall has seen plenty of pitching in the market from those keen to encourage users to invest in their chosen solution. As well as pushing Windows Server 2008 or 2012 this has also been seen by many as the moment that a customer could move to the cloud.

Research from the Cloud Industry Forum revealed earlier this year that moving off a burning platform was one of the main spurs of investment and the gun at the head tended to make users quickly clarify their future strategy.

Shepley has seen a mixture of responses to the forthcoming deadline with some users opting for 2008 as an option that might be less hassle than some of the others, but in the knowledge that it is also an interim step to another wave of migration at a later date.

Even with all of the clamour around next month's support deadline the experience of Windows XP has shown that it will take months for the thousands of customers using Server 2003 to make the move away from the platform and players like Camwood will have to continue to provide guidance around the issue.

"We are still moving people off XP, who paid for extended support, and most of our clients have some machines on 2003," said Shepley.