Plenty of vendors will sound good when talking about advising resellers to make a move towards a cloud model but not too many have made the shift themselves. 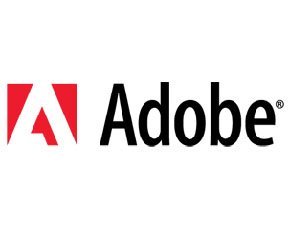 One of the exceptions to that rule is Adobe, which has reinvented its business over the last couple of years in recognition that selling via the cloud is its best route to customers.

To begin with the idea of moving away from selling products that retailed for around the £1,000 mark was a challenge as the firm began to offer a subscription alternative.

It hit the bottom line to begin with but investors were urged to get behind the strategy and it started to deliver results earlier than some had expected.

That momentum has not let up and its latest chance to update the markets with its second quarter numbers have revealed further growth in cloud adoption.

Although Adobe is selling largely straight to users there are lessons that its migration can teach others in the channel.

The first is to make the strategy clear and to prepare for some turbulence at the start of the process. When it announced back in May 2013 that it was killing off Creative Suite and replacing it with Creative Cloud it caused a mixed reaction.

Some of the professional user base disliked the idea that they were now 'renting' products from the cloud and others questioned the finances and logistics of the cloud.

A petition was quickly started by users keen to get Adobe to change its mind and it got the backing of 50,000 users.

There was also a reaction in the finances with revenue targets being missed in the third quarter of 2013 as the cloud model rippled out across the business.

But by holding course and sticking with the plan the vendor has got into the position where it has now got 4.6m Creative Cloud subscriptions and delivered revenues of $1.162bn, according to the Q2 numbers.

The second lesson is to innovate the offering and reward those users that have made the decision to back a cloud strategy with a quicker deployment of new features.

With most users of the physical product familiar with a business model that provides a yearly update the chance to provide more regular improvements to the software is one that will improve the customer experience.

In his comments about the latest results that commitment to innovation is where the firm's president and CEO Shantanu Narayen wanted to focus the attention.

"Strong execution against our Creative Cloud, Document Cloud and Marketing Cloud businesses drove record revenue," he added "We are accelerating the pace of innovation in our Cloud offerings."

Another decision that Adobe took that is also something that those moving to a cloud model will need to be aware of is the time it will take to get customers to migrate and the need to support existing services for a while.

Two years on from the cloud move Adobe is still working with customers that own its physical product and is giving them the support they would expect.

"We are migrating customers from our Creative Suite installed base as well as attracting new users," Narayen told analysts. "We still have a fairly large CS6 base which clearly represents upside opportunity for us to convert to the Creative Cloud."

The final lesson is around timing. Some industry observers felt that Adobe might have gone full on cloud too warly but in the last two years it has become less unusual.

When asked about the role the channel played in promoting Adobe's products, particularly with Marketing Cloud, the president and CEO of Adobe Shantany Narayen said partners played a crucial role.

"The amount of partner influence across sourced as well as influenced, revenue and the Marketing Cloud is fairly high and that's happening across both digital agencies as well as system integrators. And all of the large deals that we are doing because consulting is something that we would like partners to provide, there is a partner involved in most of the larger deals."

What the Adobe experience indicates is that there are a growing number of users keen to use subscription services and happy to use tools that are based in the cloud.

Doubts about the robustness of the technology which were expressed back in May 2013 have been largely overtaken by time.

"The whole strategy around the Creative Cloud was to reimagine the creative process, make it far more predictable and we definitely thought to increase significantly the size of the market opportunity. I think one measure that you can see even today of how successful we’ve already been is the fact that we've talked about how we used to sell approximately 3m units in the past and now if you look at what we are doing with this 4.6m million subscribers," added Adobe's CEO.