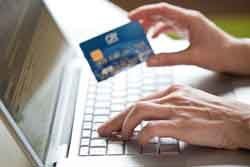 The search giant is expected to offer developers a peak under the hood of the new Android M operating system, not due to be released until next fall. It is expected that the OS will include some iOS-esque features such as one-tap payment and fingerprint scanning capabilities.

Virtual Reality, home automation and wearables are also on the agenda and with the pesky folks in Redmond and Cupertino making significant headway in these areas, the pressure will be on for the Big G to re-reserve its seat at the table. Android Wear has not managed to achieve the same traction as the Apple Watch and Google Glass was shelved at the start of the year.

In the lead up to the event, Google has confirmed that it is about to launch a ‘buy now’ button for search results. The new functionality, first revealed by the Wall Street Journal, will allow users to make purchases directly from the search results. Further details on how the button will work have not yet been released.