They say that history repeats itself and there is something eerily similar in the attitude from users to moving off Windows Server 2003 as there was to when the crunch time came with the desktop XP operating system. 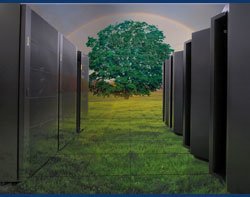 The support for Windows Server 2003 is switched off on 14 July this year and while the channel has been banging the drum about the consequences for those that don't have transition plans it appears the message is still to get to plenty of users.

Just how many have yet to start a migration is a question that is exercising the channel as they try to pitch alternatives and it could be as high as a third according to power management specialist Eaton.

The firm has found that many customers have not yet started to make a plan and is advising them to not only think about operating system but to also spare some thoughts about the wider implications for the infrastructure.

With cloud adoption in the UK now standing at 84% according to recent Cloud Industry Forum figures and expected to rise this year there is a real appetite from customers for hosted options.

As well as kick starting more general cloud adoption there are also hopes that the demise of Windows Server 2003 could also spark more investment in the public sector, which has stalled in that area recently.

"With Windows Server 2003 finally coming to the end of its shelf life in a few months, and a significant proportion of public sector organisations still using the Operating System, we expect things to turn around. Infrastructure refreshes are the opportune time to move to cloud, and in this case, there is the chance to not just replace like-for-like but to look at migrating other services, such as email, print and Unified Communications. For public sector organisations anxious to find efficiencies in their IT, without impacting services, this course of action would be entirely sensible," said Andrew Smith, head of professional services at Annodata.