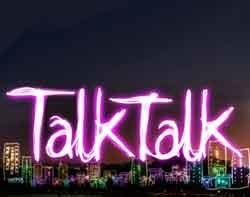 The acquisition forms part of a TalkTalk Business’ channel play on converged voice, offering free SIP trunking with on-net data. Pricing for the voice part of the VoIP puzzle has not yet been confirmed but executives have promised that it will be ‘at very aggressive rates’.

“We decided in August of last year that we were going to do a buy versus a build option,” said Charles Bligh, managing director at TalkTalk Business. “When we scanned the market, it became clear that tIPicall was a prime candidate and within a few short months we had an agreement in place.”

tIPicall is a channel-centric SIP infrastructure wholesaler and while an early stage business, has gained prominence in the market as one of the up and coming SIP providers.

TalkTalk Business says that the offering will initially be channel only, with a view of taking it direct at some stage later in the year.

“Around 65% of our business is done through the channel,” Bligh said. “It’s in our DNA. This offering will eventually go to our direct sales team but this yet another example - out of many - over the years where we have put the channel first.”

Bligh says that by buying the piecemeal components of the end-to-end solution from TalkTalk Business, channel partners can expect to save well in excess of 30%, allowing them to either drop their prices and create an increase in demand or keep the cost reductions and see an increase in profits.

Asked if TalkTalk Business has any plans to move into the software space and provide complete solutions, Bligh was forthright.

“That’s an easy question to answer – no. A lot of telcos make the mistake of doing things that their partners should be doing. I’ve seen it around the world. I’ve been very clear with my team that the strategy is to provide the plumbing. What the partners should be doing is putting that together and adding their own services around it; all the things that they are good at.”

“Also, frankly, telcos are terrible at software,” he added.