It was revealed on Monday that MicroTech is suing Hewlett-Packard for $16.6m in unpaid invoices from Autonomy. Invoices that HP claims never actually existed. 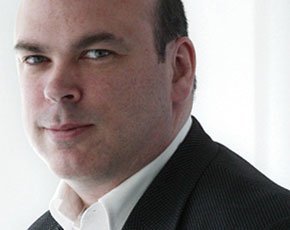 The Vienna-based reseller filed the claim in the U.S. District Court of the Northern District of California. MicroTech was a reseller of Autonomy, now under the ownership of HP, and says that it was never paid for two transactions. One of these software purchases was intended to be used at the Vatican Library, while the other, ironically, was with HP itself, prior to the acquisition of Autonomy.

The reseller had an agreement with Autonomy, in which it would purchase the software up front and when the deal closed, Autonomy would provide license keys directly to the customer. With regards to the Vatican deal, as well as MicroTech paying for the software, Autonomy paid a large some of money to MicroTech; a transaction it said was intended to help with the infrastructure costs involved with the deal.

HP is already in the midst of a lawsuit against the former management of Autonomy, claiming that they engaged in smoke and mirror circular transactions, creating the illusion of sales and it has alleged that the MicroTech deal was one such dodgy deal.

A lawyer for MicroTech told the Financial Times, said that the assertion that the reseller’s actions were contrived was ‘false’ and that HP was suffering from ‘buyer’s remorse’.

MicroTech is suing HP for a total of two transactions. While neither deal closed, Autonomy kept the payments and did not deliver the license keys, the suit states.

So far, there has been no response from either HP or the former management team of Autonomy.