If you were to listen to just a handful of IT seminars about the current challenges in the market then it would become clear fairly quickly that helping customers cope with increased mobility is near the top of the list. 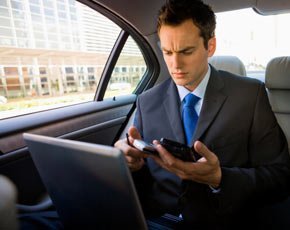 The growth in remote working has had an impact on networking infrastructure, device management and security and has been a dominant theme in the industry for the last 18 months.

But there might be a gap between the hype and the reality of remote working with not as many staff as had been expected looking to change their traditional office based activities.

Phoenix has found that there are quite a low level of workers looking for remote working and although they do use devices to work on their commutes into the office not many are pushing flexibility beyond that.

Half of UK employees work from home less than once a month and a third never do at all, which is not a result of employers because three quarters do have remote working policies in place.

There has been some mixed message over home working in recent years with the CEO of Yahoo Marissa Mayer making global headlines when she revealed her opposition to giving staff the chance to work away from the office back in 2013.

Despite some bosses sticking to Victorian work practices the current technology has strengthened the case for increased remote working without compromising the productivity of staff.

Alistair Blaxill, managing director of Phoenix’s Partner Business, said that although remote working was seen as an essential component of any successful business what was happening on the ground contradicted that.

“Many companies have put remote working policies in place but that does not always mean it leads to adoption. Companies’ intentions of increasing remote working is sometimes not being fully realised because the legacy infrastructure and IT support base is not as developed as it needs to be to implement it," he said.

“We believe it is vitally important for businesses to address this in the future as mobility is seen as one of the most significant driving forces for the IT sector and an increasing number of workers will expect to be fully connected to work all of the time," he added.