The Federation Against Software Theft (FAST) has broadly welcomed the commitments that the leading three political parties have made in their manifestos ahead of next month's election. 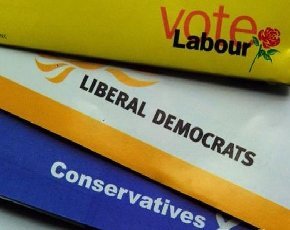 The software industry lobby group had prepared its own ten-point manifesto a few weeks ago to try and stir the political debate and get commitments from the main parties for more intellectual property protection.

With all of the leading parties now having published their manifestos FAST has run the rule over the output and come to the conclusion that overall it is fairly positive, although there are some areas where the politicians have let the industry down.

“We developed a detailed ten point action plan that we firmly believed the UK software sector would be looking for from the political parties at this General Election.  It is a collection of ideas and priorities, some highly focused, others much broader; some old and some new; some borrowed from each other and some issues completely ignored. Overall the sector should be broadly pleased with the commitments made but we have to point out that there are some glaring omissions," said Alex Hilton, CEO of FAST.

In some areas the main parties seemed to chime in with FAST's own wishes with all three appearing to make commitments to encourage investment and more research and development in tech companies and they all seemed to be keen to improve connectivity, which will help firms of all sizes.

But FAST had also wanted to see plans to use more muscle to clamp down on those who infringed intellectual property and on that front it was frustrated with no overt reference in any party manifesto to building on the existing legal framework or for the use of more muscular law enforcement.

There was also further frustration that none of the parties made a direct reference to the current attempts to protect IP through Trading Standards and the Police IP Crime Unit (PIPCU), run by the City of London Police.

“Detailed analysis of the main political parties manifesto’s appears to point to a degree of lip service to the technology sector, with a host of old and recycled ideas, a number which sound great but give no detail on how they will be implemented, or they just ignore the sector," said Hilton.

"There is one notable exception: The Liberal Democrats, which have announced a slew of new policy initiatives
aimed solely at the technology and digital arena, recognising that “The UK’s digital sector is growing at a rate of over 10% a year, employing nearly 1.5m people. 15% of all new companies last year were digital companies," he added.