Blackberry owned Secusmart has unveiled a new ultra-secure tablet in collaboration with Samsung and IBM. 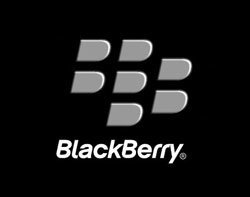 The SecuTABLET, which was revealed at CeBIT in Hanover, is based on the Samsung Galaxy tablet and uses IBM’s app-wrapping tech to secure sensitive data. Aimed and businesses and government organisations, the awkwardly named SecuTABLET is expected to carry a heft price tag - £1,609.

“Working alongside IBM and Samsung, we have added the last link in the chain of the Federal Security Network. Subject to certification of the SecuTABLET, German government agencies will have a new way to access BlackBerry's most secure and complete communications network in the world."

Blackberry’s first attempt to break into the tablet space was a resounding failure, but the SecuTABLET is aimed at a markedly different audience.

What is interesting is that the Samsung hardware will be running Google’s Android OS, using IBM’s secure wrapping technology, which begs the question, what has Secusmart actually brought to the table, other than to act as a intermediary?