The impact of exchange rates on US firms has led to recent price increases as those firms that trade in dollars try to recoup some of the value they are losing in Europe and more is set to come from Hewlett-Packard. 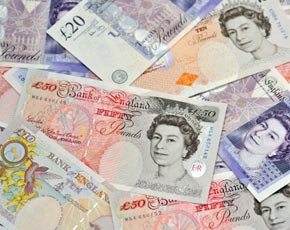 The firm has indicated that it has already had to take pricing action in reflection of the strength of the dollar and will have to follow that up as it tries to react the ongoing trends in the global markets.

For resellers it can cause problems as they are the one's at the coalface passing on the news of price changes to customers and many have already had practice doing it over the course of this year.

The latest financial results from HP indicate the problems that the firm is having with currency fluctations with it hitting the numbers taking Q1 revenues down year-on-year by 5% when they would have been just 2% without the dollar issues.

"For HP the challenge is particularly acute with 65% of our revenue coming from outside the United States and over half of that from EMEA. This all impacts HP in multiple ways, the strength of the US dollar negatively impacted our reported revenue," Meg Whitman, HP CEO told analysts.

"We’re working hard to offset these impacts through repricing and productivity, but let me be very clear, fully mitigating currency movements of this size would require reducing investments in areas like innovation, key systems and tools and placement of printer units that simply would not be the right thing to do," she added.

Revenues were down by 5% year-on-year to $26.8bn but profitability improved with non-GAAP operating profits up by 8.8% and the firm remains on track to get through its staff reduction programme with 55,000 having left the firm in the last three years.

There might well be more heading for the door as part of plans for HP to split its operations with Cathie Lesjak, executive vice president and CFO at HP, indicating that there could be "incremental opportunities for operational improvements".

Notebooks helped the personal systems group improve revenues by 3%, printing was down by 4% with tough competition from Japanese vendors having an impact, business critical systems saw the performance drop by 2% and technology services revenue was also down by the same number.

The networking business performed badly and the firm has taken action to change its leadership team in China and realigned its efforts in the US to try and crank out a better performance from that side of the business.