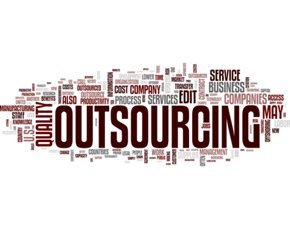 It was reported recently that Cruddas, currently helping write the party general election manifesto, had said that the public sector should no longer allocate outsourcing contracts to firms that prioritise making money over ‘social purpose’.

“Cruddas’s plans entirely miss the core premise of outsourcing: specialise in what is core to your business, then outsource the non-core to industry specialists who do them better and cheaper” said Kerry Hallard, CEO of the National Outsourcing Association.

“The UK public sector is the largest public sector market outside of the US – it has an enormous amount of services to provide and all within ever decreasing budgets,” continued Hallard.

The NOA chief also pointed out that austerity measures are ongoing and outsourcing contracts to the private sector allows for services to be delivered on time, within ever-decreasing budgets and said they were often of a higher quality.

“To include more social outcomes when outsourcing, it would be more prudent for our next government to review its tendering processes and concentrate on developing its managers to become more intelligent customers,” stated Hallard. “This would make them better able to maximize the value from outsourcing contracts whilst building ‘social purpose’ into the outsourcing contracts that they manage.”

Cruddas has also been quoted saying it is ‘staggering’ that £10bn of UK public contracts are allocated to around 20 private companies including BT and HP.

Hallard went on to say “Cruddas would do well to remember that outsourcing is the second largest employment industry in the UK today and contributes more than £30bn to the Treasury, before he tries to destroy it.”

“Removing the public sector contracts will have far reaching ramifications for the entire UK outsourcing industry, its global competitiveness and significantly impact those UK employees within it, not to mention the coffers of the Treasury,” she concluded.