The government is pushing ahead with plans to secure continuation of critical IT and utility supplies to companies entering administration. 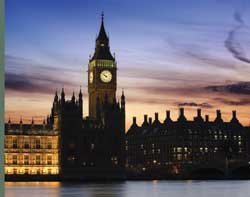 The proposal, which was brought in front of parliament today, would see essential utility suppliers  (IT, water, gas, electricity and communications services) unable to cut off services or charge premium rates while insolvency practioners sought to rescue a business.

The amendment to the Insolvency Act would guarantee payment to essential suppliers ahead of others owed money.

“Rescuing struggling but viable businesses out of insolvency helps save jobs and improves the likelihood of payment to those owed money,” said business minister, Jo Swindon. “Continued IT and energy supplies are needed for businesses to continue trading while options are sought about their future.”

“These changes will help struggling businesses during rescue while providing confidence for the suppliers that they will be paid for the essential services they provide.”

The proposed amendment is expected to come into force in October 2015 following a period of parliamentary scrutiny.

There were only 31 responses from the consultation period for the legislation, two of which were from IT suppliers – Virgin Media and Web Applications UK.

Finance director of Web Applications UK Craig Kennedy highlighted the potential danger of a domino effect for smaller IT companies and resellers, particularly those that invoice annually in advance.

“In circumstances where the supplier is an SME, as is likely to be the case for many IT companies, the legislation needs to consider that the SME may not necessarily have the cash reserves or working capital to support the continued provision of services in the absence of payment [for annual invoices issued prior to the insolvency event],” Kennedy wrote in his official response. “There is a risk that a domino effect may occur with the SME supplier entering into financial difficulty themselves.“

For more coverage on the legislation see our February ezine.