Ofcom has released a vague report, laying out its roadmap for the Internet of Things (IoT). 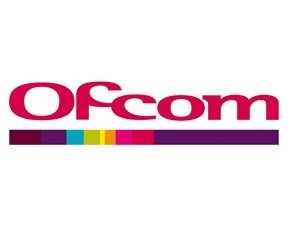 The report entitled ‘Promoting investment and innovation in the Internet of Things’, is the regulator’s first step in ensuring that the UK plays a leading role in the development of IoT. Ofcom outlines four key areas of focus: spectrum, data privacy, security and network addressing.

While the report addressed some of the hurdles that will need to be jumped in order to pave the way for IoT, Ofcom did very little other than kick the can down the road. With regards to privacy, it promised “to work with relevant organisations, primarily the ICO, which has the duty for data privacy issues in the UK, to identify and explore solutions to data privacy issues in the IoT.”

As for network addressing, the report seemed unconcerned by the exponentially increasing number of devices, simply saying, “we intend to continue to monitor the progress being made by internet service providers (ISPs) in migrating to IPv6 connectivity.”

When it came to security, the report noted: “We will undertake work to consider the impact of IoT on our existing security and resilience guidance and whether this needs updating as a result. We believe that our existing overall approach of encouraging providers to consider security and resilience in line with established standards and best practice will be remain [sic] the correct one in the IoT domain.”

And finally, with regards to spectrum availability, well... no problems there. “We conclude that the availability of spectrum will not pose a barrier to the development of the IoT in the short to medium term. The low data rates typical of the majority of emerging IoT applications mean that they can be supported within existing allocations.”

Experts are in agreement that in order for IoT to fulfil its potential, a proper framework needs to be established and the government is in a position to make this happen. The report at least acknowledges some of the issues on the horizon, but upon closer inspection, does little to serve up solutions.