WikiLeaks has written to Google, demanding to know why it took the search giant three years to disclose an FBI warrant relating to three of its staffers. 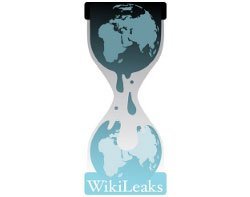 Google told the open information group on December 23 2014 that it had complied with secret search warrants issued by a federal judge and handed over a catch-all dragnet of communications data relating to three WikiLeaks staffers. The subjects of the FBI warrants were investigations editor of WikiLeaks Sarah Harrison, spokesperson Kristinn Hrafnsson senior editor Joseph Farrell. The FBI investigations were in relation to: espionage; conspiracy to commit espionage; the theft or conversion of property belonging to the United States government; violation of the Computer Fraud and Abuse Act; and conspiracy.

Today, WikiLeaks lawyer Michael Ratner from the Centre for Constitutional Rights sent a letter to Google’s executive chairman, Eric Schmidt, protesting the length of time taken to disclose the warrants.

“We are astonished and disturbed that Google waited over two and a half years to notify its subscribers that a search warrant was issued for their records,” the letter read.

“Had Ms. Harrison, Mr. Hrafnsson, or Mr. Farrell been aware of such proceedings they could have intervened and protected their interest including their rights to privacy, association and freedom from illegal searches. While it is too late for our clients to have the notice they should have had, they are still entitled to a list of Google’s disclosures to the government and an explanation of why Google waited more than two and half years to provide any notice,” the Wikileaks lawyer continued.

Ratner asks for a list of all material provided to the FBI and also demands to know whether Google has been served any further warrants yet to be divulged.

Google’s initial reason for not disclosing the warrants sooner was that a gag order had been in place.  However, WikiLeaks highlighted that Twitter had faced similar gag orders, and chosen not to comply.

In 2011, the US Justice Department demanded that Twitter hand over details of former Wikileaks volunteer and Icelandic MP Birgitta Jonsdottir. The micro-blogging company informed Jonsdottir of the request immediatley, giving the MP enough time to mount a campaign to stop it, which she successfully did.