After lambasting Oracle over its licensing practices for months, the Campaign for Clear Licensing (CCL) is now turning its attention to IBM and SAP. 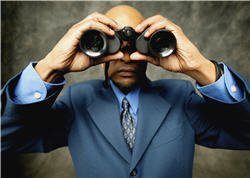 The not-for-profit organisation, which campaigns for clear licensing and manageable license programmes, caused quite a ruckus when it criticised Oracle. The CCL said that the software giant’s license and audit practices were leading to ‘deep rooted mistrust’ amongst customers. The campaign came to a head with the CCL sending an open letter to Larry Ellison et al.

Now the licensing warrior has decided it’s time to expand its horizons – and next on the list of likely offenders?  Big Blue and SAP, of course.

"After Oracle, our members overwhelmingly called out IBM and SAP as the next most prolific auditors and vendors commonly associated with testing vendor-customer relationships,” said Mark Flynn, CEO, Campaign for Clear Licensing. “The issues raised by customers of IBM and SAP are not too dissimilar to those raised with other vendors, such as the additional complexity brought about by the practice of regularly changing T&Cs and product names, a lack of clarification by the vendor of its own licensing terminology and metrics, and the additional complexities brought about by forced product bundling. “

The CCL is currently inviting IBM and SAP customers to take part in surveys and is also holding roundtable events, where it will formalise its plan of attack.

The lone licensing crusader was keen to stress that it hadn’t finished with Oracle.

“Our engagement with Oracle and its users has so far been invaluable, but we are far from finished,” explained Martin Thompson, chairman and founder of the CCL. “We have been able to raise awareness within both Oracle and its customers of significant shortcomings in Oracle’s licensing practices and we will continue to work with them on behalf of our members to improve the licensing experience of its customers while we begin the same process with IBM and SAP.”