The mobile industry generated $3.3 trillion (£2.18 trillion) in sales and created 11 million jobs worldwide in 2014, according to a Boston Consulting Group (BCG) study. 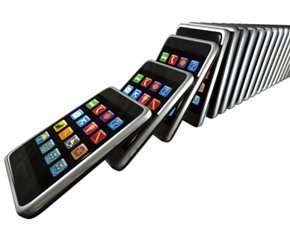 The report, entitled ‘The Mobile Revolution: How Mobile Technologies Drive a Trillion-Dollar Impact”, said that dramatic leaps in communications standards had resulted in mobile becoming the fastest adopted technology of all time.

Commissioned by mobile giant Qualcomm, the report also found that there was a direct correlation between SMEs that extensively utilised mobile technologies and an increase in revenues.

“Typically, the 25 percent of SMEs that use mobile services more intensively see their revenues growing up to two times faster and add jobs up to eight times faster than their peers,” the report said.

Boston Consulting Group  found that across the six countries evaluated, mobile contributed a staggering 2-4% of GDP.

In order for the rapid evolution of the mobile landscape to continue, the report concluded by urging policymakers to continue supporting an 'environment that fosters innovation and investment’.