If you were looking to provide some careers advice to someone looking for an area of employment that is unlikely to experience the cold winds of a downturn then recommending the cyber security arena might be a good idea. 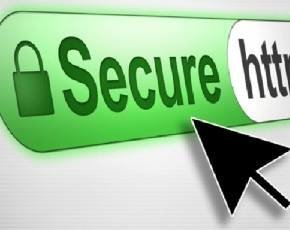 Cyber threats keep rising and the stakes are going up all the time with criminals and nation states both looking to get their hands on sensitive data to cause problems for users and national governments.

The issue is on the government's radar with the Prime Minister David Cameron and US President Barak Obama making a pledge at the end of last week to strengthen their partnership in the fight against cyber crime.

"Cyber security and cyber attacks are one of the big modern threats that we face," said Cameron, who added that it would work with the US "to share information and to work out not only how we best protect ourselves but how we create a system where countries and hostile states and hostile organizations know they shouldn`t attack us."

The partnership could involve setting up 'cyber cells' on both sides of the Atlantic that could share information. But the idea of countering web based threats is not a new one for Cameron and he has already floated some other solutions to try and develop the skills and expertise to keep data safe.

Back in the summer of 2013 the government came up with a plan to use the Territorial Army to develop a force of cyber security specialists that would be able to add some muscle to the national defences.

Speaking at the time Scott Fletcher, founder of the ANS Group, slammed the idea claiming the recruitment plans were unrealistic and there would be major challenges getting people with the right abilities.

Now the baton seems to have been picked up by the private sector and later this week the Global Institute of Cyber, Intelligence & Security (GICIS) will open its doors to provide courses to professionals looking to enhance their skills.

The short courses on offer at GICIS include resilience, policing, cyber security, counter terrorism, financial crimes, security & military and will help professionals looking to brush up or extend their knowledge.

Dr Martin Wright, academic director at GICIS, said that the Institute had been formed in reaction to the current landscape, which was characterised by increasing threats and pressure on finding the skilled staff to help defend against them.

“GICIS has been founded to prepare people working in the field for the multi-faceted challenges posed by the current risks we all face. The Cyber School aims to provide a better understanding of issues and solutions surrounding the nature of crime, cyber-insecurity and terrorism," he said.

“At a time when international cyber-security is being continuously tested, such as reports that the US Central Command Twitter account was hacked by pro-IS group, we are eager to launch our expert training school in order to upskill and train people in the industry," he added.

The channel also does its fair share of fighting the fires and most vendors are open to working with law enforcement agencies to try and counter threats. Security specialists know only too well the challenges of finding, training and retaining staff with specialist skills.

The addition of GICIS provides another plank of support in the wider battle against cyber security threats and when added to the other efforts and the millions pledged by the government indicates that in the fight against the criminals, hackers and terrorists every avenue is being explored.