Deputy Prime Minister Nick Clegg has once again voiced his opposition to the snoopers’ charter, stating that blanket data retention is “not very British”.

Speaking on BBC One’s Andrew Marr show, the Lib Dem leader made it clear that his party was not comfortable with the notion of mindless data grabbing.

"It is not a very British thing to confer or imply guilt on the whole of the nation by retaining records of every website everyone has visited over the course of a year," he said.

Mr. Clegg’s comments were in response to the former head of MI5 Lord Evans of Weardale, who warned that current intelligence gathering laws were “no longer fit for purpose.”

The current laws were brought in prior to the widespread use of encryption, seen in the likes of iMessage and WhatsApp, and Lord Evans believes that this needs to be addressed in order to level the playing field.

Calls for the introduction of the Communications Data Bill – aka the snoopers’ charter – have, of course, intensified following the devastating events in Paris last week.

The draft legislation, which would force service providers to maintain records of almost all communications for 12 months, was blocked by the Liberal Democrats in 2013. Home Secretary Theresa May has vowed that the Conservatives will introduce the bill, should her party win the election. 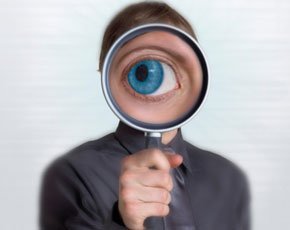 But the Lib Dems and privacy advocates argue that such far reaching reconnaissance would be a violation of civil liberties. Justice Minister Simon Hughes said, “Future security measures must be proportionate, justified and necessary - and not trample on our civil liberties.”

“The so-called Snoopers’ Charter, which would see the internet browsing of every single citizen stored for a year, fails these very reasonable precautions.”

“The idea that you protect free speech by spying on every law-abiding person in this country is a contradiction in terms. You can’t have an open society if you are constantly worried that the state is prying into your daily life,” Hughes added.

Paul Heritage-Redpath, product manager for comms provider Entanet, says that it’s time for the industry to weigh in on the debate.

“Let’s hope any further legislation is introduced following proper industry scrutiny for once and not in some pre-election vote boosting ‘back-door loop-hole’ as previous experience has demonstrated,” he said, adding, “We can only hope!”