After months of delays, the online storage provider Box Inc. is finally ready for its initial public offering.

The company will register as many as 14.4 million shares and anticipates raising somewhere in the region of $186.9m ($11-$13 per share). This would value Box somewhere around $1.5bn. 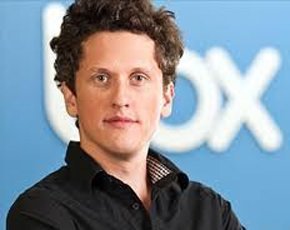 Box’s journey has not been a smooth one. The Los Altos, California-based company originally filed for an IPO back in March, but Wall Street’s response was muted at best, forcing Box into a late stage funding round.

Box has been growing at a phenomenal rate (80% year-over-year) but in order to achieve this, it has been burning cash like there is no tomorrow. Sales and marketing have been the crucial catalysts for growth, and so the challenge has been to convince Wall Street that it can reduce operating expenses while somehow maintaining the healthy figures.

A recent S-1 filing update suggests that Box is moving in the right direction, nearly doubling revenue in the three months ending October 31, while reducing net loss to $45.4m, down from $51.4 year-on-year. However, the storage provider was still spending 97 cents on sales and marketing for every dollar of revenue.

And Box’s challenges don’t end here. In the most recent round of funding, investors TPG and Coatue stipulated that they would be entitled to purchase additional shares at a 10% discount to the IPO price if Box went public at less than $20 per share. The terms also stated that Box would have to pay a $0.75 per share penalty if the IPO did not go ahead within a year.

While tech IPOs have faired well in recent months, Box still has a long way to go before it is out of the woods. ‘If you build it, they will come’ seems to have been the working ethos for the company so far. Box has built perfectly robust and effective solution, but whether or not Wall Street will come flocking remains uncertain.