Virgin Media Business has warned that SME prospects could be undermined by a failure to provide smaller firms with the support gaining the right digital skills and has urged the government to make it a priority dealing withy the issue. 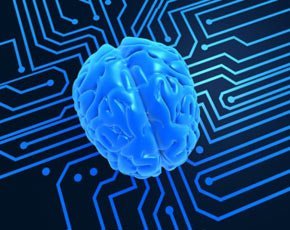 With an election looming the telco firm has moved early to gets its own advice in for whoever forms the next government warning that it believes small businesses are losing out on billions because they cannot utilise technology,

Concerns about a lack of skills was one of the themes of 2014 and is set to continue to be an area of focus as potential growth areas, including data centres and big data, are stifled by restrictions in the trained workforce.

"Our research has shown that small businesses are currently missing out on a possible £3.8billion in revenue – simply because they’re not fully utilising tech! This presents a huge opportunity. Whether it’s attracting new customers, engaging existing customers, or building brand awareness, having the right technology and the skills to use it is essential," said Mike Smith, Virgin Media Business' head of SME.

"There are 4.9m small businesses in the UK, which represent a huge number of votes. Efforts to court the ‘small business vote’ are already evident and will only increase with a major political event on the horizon. Digital Skills and digital enablement (like the extension to the Superconnected Cities scheme announced in the Autumn Statement) are key tools that government and opposition parties are using to support this sector of the electorate," he added.

Smith said that more SMEs would be actively seeking help trying to get the skills to take advantage of technology and there was a need for both government and the industry to try and meet those needs.

"Businesses and Government need to work together to bridge the gap between those doing technology well, and those that need more support. The UK already has a really strong tech infrastructure, so let’s make sure we utilise it properly to prepare today’s businesses for the jobs of the future," he said.