The current practices of the intelligence services are not a direct threat to the European Convention on Human Rights, a panel of judges has concluded. 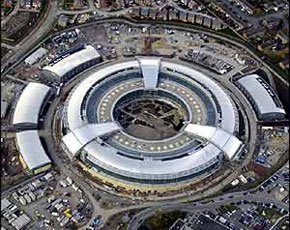 The Investigatory Powers Tribunal (IPT) came to the conclusion after a case was brought by Amnesty, Privacy International other NGOs. They argued that activities brought to light following the Snowden revelations constituted a breach of Article 8 of the European Convention on Human Rights – the right to privacy; and Article 10 – the right to freedom of expression.

But the judges said that they were satisfied that no such breaches were taking place now, based on disclosures made by the intelligence services.

"We have been able to satisfy ourselves that as of today there is no contravention of articles 8 and 10 by reference to those systems,” the judges said in a written statement, but added that the decision did not have a bearing on past activities.

"We have left open for further argument the question as to whether prior hereto there has been a breach," they said.

The bodies behind the case were – not surprisingly – outraged by the decision. James Welch, legal director of Liberty, said: "So a secretive court thinks that secret safeguards shown to it in secret are an adequate protection of our privacy.”

Rachel Logan, legal advisor for Amnesty, commented: "The government's entire defence has amounted to 'trust us' and now the tribunal has said the same.”

"Since we only know about the scale of such surveillance thanks to Snowden, and given that 'national security' has been recklessly bandied around, 'trust us' isn't enough."

The organisations that brought the case have said they now intend to appeal at the European Court of Human Rights.