Having already leaked the vast majority of the Autumn Statement, the Treasury has confirmed a £1bn package to aid lending to SMEs. 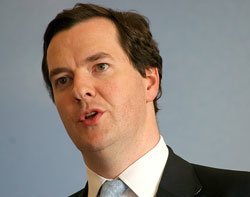 The chancellor pledged £400m to extend the Enterprise Capital Funds scheme, which backs businesses too small for VC support, and announced the Treasury will guarantee up to £500m for new lending to SMEs under the Enterprise Finance Guarantee (EFG) scheme.

The EFG scheme sees the government underwriting 75% of loans to small and medium businesses, with the bank covering the remaining 25%.

Meanwhile, the Funding for Lending scheme, which allows lenders to borrow from the Bank of England at very low rates, has been extended to January 2016. Started in August 2012, it has so far failed to increase net lending to SMEs, despite the banks having managed to draw roughly £48bn from the programme. With both eyes on the election, Osborne managed to put a positive spin on it on the scheme’s failings.

“The government's long-term economic plan is working with the Funding for Lending Scheme playing a vital role in supporting the recovery,” said the chancellor. “Now that credit conditions for households and large businesses have improved, it is right that we focus the scheme's firepower on small businesses, which are the lifeblood of our economy."

Despite the government’s ambition to unlock £10bn of finance for SMEs by 2017/2018, recent research shows that businesses are increasingly turning to alternative forms of finance.

The chancellor also doubled the rate of relief on annual business rates for small businesses for the next year. Rates have increased by 25% over the past six years, placing a heavy burden on start-ups.