The sale of IBM’s x86 server business has caused a degree of fallout in the channel and Fujitsu says that it has been happy to mop up the mess.

Lenovo bought Big Blue’s server business at the start of the year for a cool $2.3bn (£1.47bn). While the Chinese computer giant has a solid reputation, it’s fair to say that there has been a modicum of concern over the sale. The US government, for example, has an inherent lack of trust in the Chinese vendor, with the State Department apparently banning use of Lenovo computers on its classified networks. It’s worth noting that the Chinese government has the exact same reservations when using IBM’s server architecture in its finance sector. 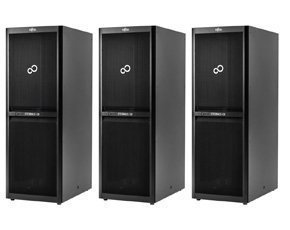 This mistrust, deserved or not, seems to be creeping into the channel. Speaking at a Fujitsu Forum roundtable, executive director of Technology Products Group at Fujitsu UK & Ireland, Tom Roche, said that interest in Fujitsu server technology had spiked since the IBM server deal.

“Our server business has grown by 23% in the first six months of this year,” Roche said. “People appreciate the quality of Japanese design and German engineering. Lenovo doing the servers has made [resellers] quite nervous. In the old days, you could never get fired for buying IBM, but you can get fired for buying stuff that is made in China or Taiwan.”

It was rumoured that Fujitsu was very close to throwing its own hat in the ring when it came to the purchase of IBM’s server business. According to Bloomberg, the Japanese vendor was in talks with IBM and had expressed a willingness to pay more than the $2.3bn that ultimately secured the deal; however, it is thought that Fujitsu needed time to carry out due diligence before making a firm offer and because IBM was keen to sell fast, it decided not to wait around.  When asked, Fujitsu declined to comment on whether it was involved in talks with IBM at the time of the sale.

The rhetoric coming from Fujitsu could simply be a positive spin on a missed opportunity; but according to the growth figures, it could easily be argued that the benefits of losing out on the deal may ultimately outweigh the deal itself.

If the Lenovo trust gap wasn’t enough of an inadvertent gift, Hewlett Packard’s recent split certainly is. HP’s announcement that it will be separating its computer and printer business from its server and storage operations has left many in the channel feeling uneasy and, once again, Fujitsu is happy to provide the reassure that only ‘Japanese design and German engineering’ can deliver.

The net impact of HP’s split on Fujitsu’s server business is, as of yet, unquantifiable because it has only been a few weeks; but Simon Worsfold, channel and enterprise sales director, Fujitsu UK & Ireland, says the wave of interest has been tangible.

“We are seeing a lot more interest from partners that have built their business on IBM and HP. Meetings over the last six weeks suggest that nervousness is drawing them towards a company that has shown a stable and consistent experience,” said Worsfold.

Whether these successes are flash-in-the-pan wins following a brief spell of uncertainty in the channel or – as Fujitsu hopes – the start of shifting landscape in the high-end server market, only time (and fiscal results) will tell. For right now though, Fujitsu seems more than happy to catch survivors, as the mighty begin to fall.