Digital services such as Facebook and Google are founded on the scraping of personal data; give the people something they can’t live without and then mine their profile or search data for profit. As draconian as it sounds, it is a sound business model and it works very well. What’s more, up until a year ago, the stock response by most Internet users was: ‘So what? Who cares if Google knows that my cat has a fever or that Facebook knows what I ate for dinner.’

Up until a year ago, society was digitally naive and this gullibility trickled right on up to the enterprise. And then along came Edward Snowden. 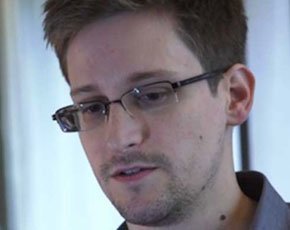 Most wiki-esque-leaks have turned out to be nothing more than flash-in-the-pan moral panics; however, the fallout from the Snowden revelations has been profound and may finally be causing a paradigm shift in how digital society views privacy.

New research from data privacy specialist, F-Secure, suggests that the tide may finally be turning, with internet users actively changing their browsing habits as a consequence of privacy concerns.

F-Secure polled 4,800 users in six different nations and found that 53% of survey respondents would be willing to switch from services like Google to other more private services to avoid search-based profiling. The same number said that they had become more wary of US-based Internet services in the past year.

A surprising 70% said they were now concerned about the potential of surveillance by intelligence agencies in countries through which their data passed and 68% said that they occasionally attempted to protect their privacy through encryption or private browsing.

Perhaps most importantly, 57% of people said they were not happy with companies mining their profile data in exchange for a free service. While the figure is only just over half, the changing attitude threatens the fundamental business model of some of the biggest players in Silicon Valley.

“The results of the survey show that opinions are changing,” says Samu Konttinen, executive vice president, Consumer Security at F-Secure. “People are concerned, the messages are getting through. The security industry is a trust game and many of our peers are now compromised.”