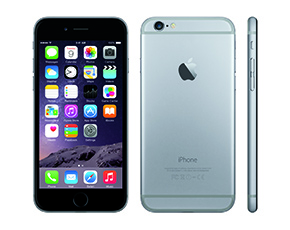 The hushed whispers that Apple may have lost its va va voom have once again been silenced with the news that the iPhone 6 and 6 Plus have broken all previous sales records in the first weekend.

More than 10m units were sold within the three days of the flagship phones going on sale, Apple has said. To put the figures in perspective, the iPhone 5C and 5S sold 9m units in the first weekend and sales of the iPhone 5 in 2012 were 5m.

The opening weekend is even more impressive when one considers that the new iPhones have not yet gone on sale in China, the largest market in the world.

While the high-end market has begun to plateau in recent years, Apple hopes that the new larger screens, which bring the devices in line with many competitors, will tempt Android users over to the iOS ecosystem.

“Sales for iPhone 6 and iPhone 6 Plus exceeded our expectations for the launch weekend, and we couldn’t be happier,” said Tim Cook, Apple’s CEO. “While our team managed the manufacturing ramp better than ever before, we could have sold many more iPhones with greater supply and we are working hard to fill orders as quickly as possible,” he added.

While Apple has been patting itself on the back for a job well done, research has been released suggesting that Brits have spent a staggering £4.6 billion in the last two years on mobile phone repairs.

The data comes from third-party warranty provider SquareTrade. The painfully high figure puts Britons at the top of the European league table for repair costs to mobile devices.

Kevin Gillan, European managing director for SquareTrade said: “These figures make the term ‘hand held’ look like a bit of an exaggeration.  They suggest that for many of us, holding on to our mobile phone is as straightforward as holding on to a slippery eel.”

The data was released in tandem with a breakability report, which looked at the durability of various devices by conducting a drop test, a slide test, a ‘gripability’ test and a water resistance test.

On a scale of one to ten, with ten being the least durable, the iPhone 6 scored a four, which is the best score achieved to date. The iPhone 6 Plus scored a five, the iPhone 5s a six and the Samsung Galaxy S5 a 6.5.