Employee mobile data use on work smart phones over the last quarter has shown a significant rise in the use of video and mapping applications, despite email remaining the most used feature.

According to mobile data gateway firm Wandera, mapping has shown the largest growth up 29% to take fourth place and video has risen nearly as much at 27% compared to the previous three months. Email retains a fifth of total use and social networking remains third in data use with 9% of total usage. 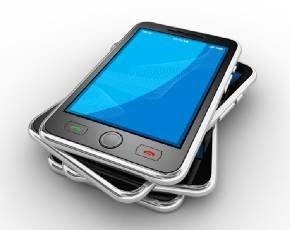 "Use of mobile has no doubt revolutionised the way we work," said Eldar Tuvey, CEO of Wandera "However in the constantly changing mobile space it's important that we understand how employees are using their devices, and why they are working in new ways."

The report, which analyised mobile broadband traffic across a sample of 10,000 corporate devices from the Wandera network, also shows that unencrypted traffic from apps is constantly rising with 1% increase each of the last 3 months, meaning almost half of app traffic is vulnerable; a considerable risk to organisations.

The holiday season is also impacting the type of use with roaming up 7% and overseas data accounting for a fifth of all data with email accounting for 32% of that total, showing business users are keen to stay in touch while away.

"We know from the report that personal activity now accounts for 30% of data usage on corporate devices, and the rise of apps like video reflect the cross over between business and personal use," continued Tuvey. "What's more the rise of unencrypted app traffic means that security is becoming a major concern for many businesses, whether employees are using their device for business or personal use."