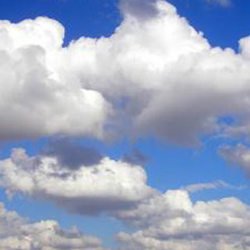 Dell has revealed more details of its upcoming cloud partner certification, hinting that it may not attach reseller revenue requirements to the badge.

"Some of these cloud partners won't necessarily be transacting cloud business with Dell, so we're figuring out if we need a dollar revenue requirement or if its better to base accreditation on customer numbers or satisfaction surveys," he said.

Dell is also currently exploring pitching the accreditation as a means to gain entry to the top, Premier tier of the PartnerDirect programme.

This is because the four extant certifications, Networking/Security, Servers, Storage and Systems Management, could all form part of an encompassing business cloud strategy in some way, whether that be cloud-based storage or desktop virtualisation, for example.

In this scenario the cloud accreditation would serve partly to knit together existing partner expertise within Dell's programme.

The accreditation has already evolved in response to feedback from selected partners, from a rather product-centric badge to one based around the partner's approach to the cloud.

In Dell's eyes this could be as a builder of private clouds or Cloud Builder; an aggregator of public ones, Cloud Provider; or a managed service provider or Cloud Solution Enabler.

At launch in late March or early April only Cloud Builder will be available, with the other elements coming online later in the year.

Partners, however, are already chomping at the bit to pick up the accreditation, said Skelley, who claimed he was already seeing "appetite to become an early adopter."

"Dell is definitely encouraging us to explore that option," said Lee Ganly, CTO at outsourcer Acora (formerly ADA Technology Services). "For a traditional reseller cloud is a big challenge but this will help people fast-track their way into services provision."