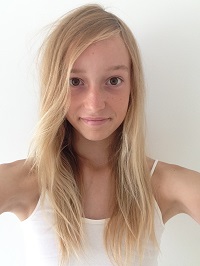 The 2013 GCSE results showed a 25% increase in students taking the ICT exam – the first rise in numbers since 2005. However, the proportion of girls studying the subject continued to fall, from 46% last year to 44%.

This is a guest post from Lottie McCrindell (pictured), a schoolgirl from north London, giving her thoughts on studying ICT and an insight into the ongoing challenge of convincing girls to consider IT as a future career.

I’m a 13-year-old girl who frequently uses technology – however I’m not keen on producing it or my ICT lessons.

At school I receive an 80-minute lesson on ICT every fortnight, but now going into my third year of secondary school I will have only six lessons and then will have to decide whether to take the subject for GCSE. Right now, I’m not planning on taking it, but what I don’t know is whether I’d be keener if it was not for the stereotyping and the curriculum.

So far at school, I have created my own app, website and database, looked into programming and explored digital information literacy – some pretty advanced stuff. These tasks have needed a range of programs, for example Photoshop, Excel, PowerPoint, AppShed and Scratch, and I have been introduced to many new websites.

All of this was crammed into the space of two years. It would have been impossible to complete everything within the lessons so consequently a lot of homework was issued. My teacher would say, “Spend 40 minutes” – however, honestly, it depended on what standard of work you were content with; personally only 40 minutes extra work each week would not have left me with a finished app etc, so I associate ICT with a lot of work. Considering it is not one of my preferred subjects, that makes it a lot less appealing.

Attending a mixed grammar school means pupils are generally at the same level, however ICT is one of the few subjects where there can be big differences, especially between girls and boys.

When I began secondary school everyone received similar assessment levels for subjects like English, science and maths, the average score was about a 6. However, in ICT the average was around a high 3 or low 4, but some pupils received a high 5. This was because some children had only received a small amount of teaching at primary school, and some – mostly boys – had done a lot of gaming or developed their own interests at home.

Throughout my first two years, my ICT assessment levels have always been much lower than other subjects and this can put you in the frame of mind that you’re bad at ICT, and if there are other subjects you’re better at, surely it’s simpler to take them for GCSE. And of course, IT is not the ideal job for me if I can’t even pass an exam.

Unless computing was made a compulsory subject like a language or maths, I don’t think this will change. To improve your English you can read, and to improve your ICT there are particular websites, but I certainly would not spend time on them and I’m sure my friends wouldn’t either.

However, there is gaming and I think this is the sole reason boys generally like ICT and excel at it. Gaming can be considered geeky or nerdy and on a weekend I would prefer to meet my friends and go shopping while some boys enjoy sitting at home and playing Minecraft or Call of Duty for hours. This puts images into your head – boys not washing; eating in front of their console etc; and for girls it’s often considered boring or geeky. This stereotyping is continued into technology jobs.

I think of someone working in IT as male, old, bearded, not bothered about his clothes, his looks, or going outside. All his friends are boys and he’s never had a girlfriend. He gets excited about new gadgets and he likes reading comics even though he’s over 40, and he collects things, like little figures from games.

I imagine working in a typical IT job as being stuck in an office basement with computers, with mostly men, hard work and not much socialising, so it doesn’t offer much for me. But I do like using technology.

Social media is a large part of my life; I use Facebook, Skype, Snapchat and BBM. Each has its own purpose and allows me to connect with friends and family letting them know what I’m doing or thinking.

I own a BlackBerry. My friends and I criticise BlackBerrys for being prone to freezing and scratching and its minimal app store. You may be wondering why then do I own a BlackBerry? Well the answer is BBM – with friends using it constantly you immediately want to be part of the instant messaging app and with it being exclusive to BlackBerry you buy one.

I love technology, it’s so useful and I’m so happy it’s around; however I wouldn’t like to be behind the scenes. I know not all jobs in technology involve sitting at a computer in a stuffy office coding. Being part of a team designing an app would be fantastic, but only some of the production would appeal to me – for example, sketching the designs, creating the music, advertising the product. Technology is massive now – it’s used in almost every job and I enjoy using it and I know my future job will most probably involve it, but I do not want to create hard-core technology.

Brands such as Apple are loved by me and most of my friends. I would love to be the one to create products used everywhere and no teenager thinks, “Oh, Steve Jobs was such a nerd”. We think, “Wow, he must have been so smart and so rich”. But there are no women in technology that I know who have produced products that I use and would aspire to create, so that’s not very encouraging as there are no role models for me.

Maths is a compulsory subject because we use it constantly throughout life, but to be honest I use technology probably more frequently than maths. I’m not gifted at maths but because it’s a GCSE I’m forced to take, I try hard to improve – but ICT isn’t compulsory and knowing I can drop it doesn’t make me try my best. Maybe if ICT was made compulsory, more women would be involved in technology, because they would have to become better at it as they’d want their qualification.

Recently I attended a mini workshop run by Little Miss Geek with 10 other girls. It involved completing and then assessing Little Miss Geek’s latest Tech Club Programme. I actually left with quite a few new skills, like how to program a little robot, Sphero. I’m now aware of more programs, attempted designing wearable technology using a 3D design program, learned how to create barcodes, and have tested Raspberry Pi which is a computer that you can code to complete instructions. I also know how to make a music video.

The experience really drilled in the fact that technology is used everywhere and is very important. It didn’t inspire me to become a programmer – but it made me wake up to the importance of technology and therefore I am now considering ICT as a possible GCSE choice purely because I know the skills you learn will be extremely useful later on.

Considering I went in laughing with a friend who said, “The reason girls don’t like technology is because we’re too busy worrying about what we look like”, that is really quite a miracle.