This is a guest blog by Emily Dauris, advertising coordination at FDM Group.

FDM does a lot to encourage and promote women in IT and I am proud to be a part of that. International Women’s Day however, has made me realise that it is not really that surprising there is such a lack of women in IT, considering that actually it has only been in the last 90 years that women have been able to enter the ‘workforce’ at all.

I therefore decided to look into other professions that women have struggled to be taken seriously in. What really struck me is the key women who fought for recognition in their fields and are now, as a result, an inspiration for many others. I found more than I could possibly write about in just one article, hence the reason for two parts, but I finally narrowed it down to five extremely interesting females who have done a great deal to pave the way for 21st century women in their industries.

Surprisingly, it was not planes Amelia was instantly infatuated with as an adolescent, but science. She also sought out and collected information about women before her who had succeeded in typically male-dominated occupations, but, like many girls at that time, her first working experience was as a hospital volunteer aiding wounded soldiers of World War I. Amelia later started visiting airshows and, after being taken for a 10 minute flight, decided she had to learn herself.  Working various jobs, she managed to save enough money to receive lessons and even walked four miles to get to the airfield, where she became a student of pioneer female aviator, Anita Sno

In 1923, Amelia became the 16th women to be issued a pilots license. Although not the first and not the only female flyer of her time, she is so well remembered due to the records she set and her involvement in promoting aviation, especially of women in aviation. The fact that Earhart was a known celebrity in her time did a lot to motivate women then, and still continues to now. What I find most interesting in the story of Amelia is how she herself sought out other female pioneers to inspire her in her early life, and this resulted in her becoming one of the greatest. 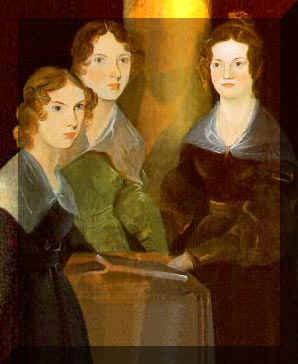 The Brontë sisters are wonderful examples of women who achieved great literary success in a time when writing was not considered a profession suitable for women. In fact, during the Victorian era the family grew up in, there were three options for women: either to marry, become a Governess or a School Mistress, of which Charlotte and Anne experienced both. So how did these three girls become published writers in the 1800s? They wrote under masculine pseudonyms. Poet laureate Robert Southey advised Charlotte, after she had sent him some of her poetry, that writing was a man’s business. Therefore, Charlotte, Emily and Anne, like many female authors at the time, decided to cloak themselves under alternative names, publishing their collective book of poetry under Currer, Ellis and Acton Bell. Retaining their initials, they significantly increased their chances of being taken seriously.

It was only following the highly successful novels Jane Eyre (by Charlotte Brontë), Wuthering Heights (by Emily Brontë) and Agnes Grey (by Ann Brontë) all released in 1847 to critical acclaim, that the sisters reveled themselves. A rumor that the three books were in fact the work of one author (Ellis Bell), moved the girls to reveal themselves. By this time their work had already achieved success and so it is hard to say whether their guise would have affected the way in which it was received. However, given the nature of the times, it is likely that had the girls used their real names it would have been far harder to get their novels published.

Many would consider the Brontë sisters as paving the way for female writers, but in actual fact the practice of women using pen names to disguise their gender did not end in the 1800s. J.K Rowling, author of the beyond famous series of Harry Potter books, was advised to use her initials as the stories were expected to appeal mostly to young boys, who may be put off reading a book by a female writer. It seems to this writer that there is still much, at least perceived, prejudice. 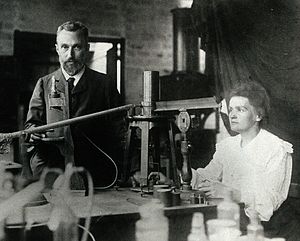 Pierre and Marie Curie in the laboratory (Photo credit: Wikipedia)

A physicist and chemist with two Nobel Prizes to her name and countless scientific and medical discoveries to her credit, it is amazing to find that young Marie Curie struggled to become educated due to girls not being able to enroll into higher education in Poland.

Instead Marie and her sister joined a clandestine teaching institution in order to continue their education and she later moved to Paris where she was able to attend The Sorbonne (The University of Paris), despite being female. After acquiring her degree in Physics and having worked within an industrial laboratory, Curie attempted to move back to Poland and pursue her PhD, however she was again denied a place at university, due to her gender. Returning to Paris, Marie married lab partner Pierre where they continued their research in uranium and radiation.

Despite her continuous struggle throughout her career to be taken seriously as a woman in science, she won a Nobel Prize in Physics (1903), which she shared with her husband and Henri Becquerel, and one for herself in Chemistry (1911), making her the first woman to receive the prize and the only person to win in more than one science. In addition, Curie was the first female professor at The Sorbonne. Unfortunately, though Curie’s research resulted in many discoveries and has had a huge influence of modern science, she was unaware of the harm she was putting herself in being exposed so much to radiation.

She died in 1934 aged 66 from aplastic anemia, which was widely believed to have being brought on through her work with the dangerous element. However, her legacy is not just her work but also her determination to work within the field she loved. She is rightfully held up as an inspiration to all women in science.