Anyone who works with me, knows that I use Twitter extensively. I even say some stupid things on Twitter, and make complaints against various brands when they let me down – hoping that they are monitoring the online chat and able to do something about my complaint.

But, as I have mentioned before, I have not heard of a bigger waste of police and court time than the case of Paul Chambers, a trainee accountant from Doncaster. You may recall that back in January he tweeted in frustration that he would “blow the airport sky high” when Robin Hood airport had been closed by snow.
In May he was found guilty of sending a menacing electronic communication, and now the appeal is being heard.
His counsel has argued that the authorities had not determined that he was making a genuine threat, that any reasonable person reading the tweet would not take it seriously, and that even the police involved in the case think the tweet was just a foolish message sent for the amusement of his friends.
If the police think this is a waste of time then how did it grind on through due legal process to a guilty verdict and now an appeal? When our government is talking of austerity and sacking public sector workers, this is how the judicial system behaves.
I’m sure the international media is having a good laugh at the British as this case rumbles on through the courts. 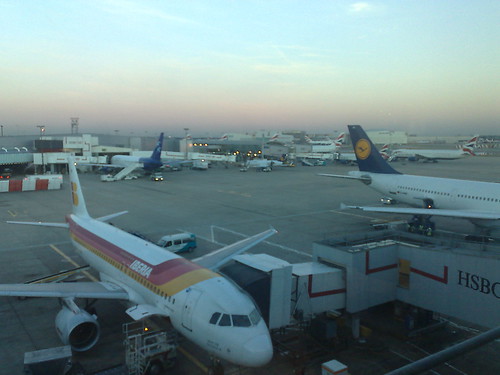