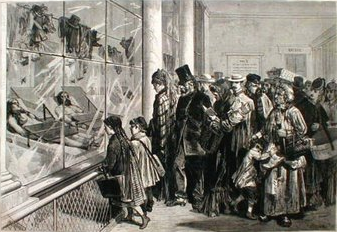 The NHS body portrayed the delay as a sensible – even generous – response to concerns raised by GP doctor groups, who said patients should be better informed about care.data before it was switched on. There was nothing about any legal obligation. This was merely the decent thing to do.

Care.data’s delay even had none of the usual software gremlins. It wasn’t another IT bodge. The scheme is esteemed by what appears to be the entire medical establishment, including those GP groups that raised the alarm.

So there was nothing but courtesy that stopped NHS England cranking care.data up as scheduled in April.

Or what remained of relevant privacy law after the government cut it back in 2012 to set care.data up. There wasn’t much left. But it was enough to ensure care.data would breach the law if NHS England cranked it up in April, when it was due to start collecting patient records from 34,000 GP practices and combining them with hospital records into a medical research database at the Health and Social Care Information Centre.

The bit of the law the coalition government revoked would have given people power to stop it extracting their GP records. It effectively claimed power to requisition the data – a sort of data tax. The remaining bit of data protection said GPs would have to tell you before they handed your records over – a sort of courtesy. If they didn’t tell you, you could take them to court.

That meant GPs would fall foul of the law if they started sending medical records to the HSCIC before anyone knew what it was all about. With April fast approaching, few people do. GPs would have been liable if care.data went ahead as planned.

The Information Commissioner warned NHS England about this on 12 February when Dawn Monaghan, its public sector liaison, met with data chiefs at NHS England and the HSCIC.

“We raised criticisms early this month,” said a spokesman at the ICO.

“NHS England said they would look at those concerns and come back with a solution. The solution seems to be that they’ve introduced a six month delay,” he said. 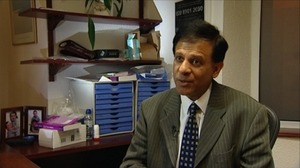 What they didn’t say was, patients didn’t know because GPs had neglected to tell them.

That’s what an RCGP spokeswoman insisted. It wasn’t GPs’ responsibility, “Because it’s an NHS England initiative”.

“GPs need to be able to inform patients about it, and obviously they have a role as data collectors. But it’s an NHS England initiative,” she said. 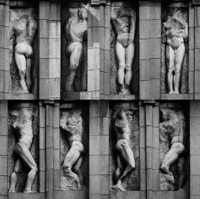 Nothing to do with us

A BMA spokesman said GPs did their bit last year by putting up posters they’d been sent. This was as far as their responsibility went.

“They’ve been given materials by NHS England. It’s NHS England who are responsible for the communication campaign. Not GPs. And not the BMA.”

“It’s not GPs’ responsibility to write to all their patients,” he said.

“Because they’ve not been asked to do that.”

Do they need to be asked to do it?

“Writing to all of your patients costs money. And it’s obviously a time consuming thing to do. So we would need to look into the details of how that’s done. But the fact is it’s up to NHS England to make sure it’s properly resourced.”

It always comes down to money with GPs?

“GPs have been under huge workload pressures. They’ve had reductions in their funding over many years…”

They don’t get paid enough already, do they?

“… So if they are going to do extra things, they need extra funding for it. It’s a government initiative”.

The spokesman insisted GPs had not taken an ‘us and them’ position against the NHS. That though is how it seemed.

The government’s 2012 Health and Social Care Act legally bound GPs to feed patient records into care.data. This has helped critics of the programme portray it as an imposition on GPs.

Yet both GP bodies back the initiative. The BMA supports care.data even though it still opposes the 2012 Act. It said it has no issues but NHS England’s lack of communication. The BMA said the same.

GPs also stand to gain from care.data as much as patients, “the NHS”, and anyone else who cares about health, which is just about everyone except for psychopaths (that’s prejudice), the most tragically indifferent (that’s experience) and national socialists.

Yet they complain to NHS England their patients don’t know enough about it, nearly a year after they were charged with telling them.

Computer Weekly put it to NHS England data chief Tim Kelsey that NHS England had failed to sell the idea not to patients but GPs. 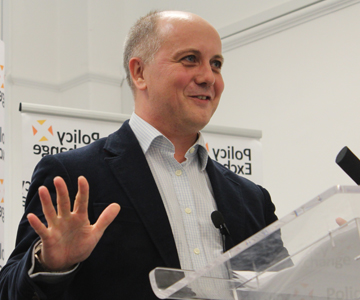 “The BMA and RCGP sent materials out to GPs six months ago,” he said. “I think there are GPs who feel they haven’t had adequate information, even though we sent out information. This is just one of those things where there’s no-one to blame. To be be honest, there’s no reason that outweighs the importance of their being a proper, informed public debate. That’s what we prioritised and that’s the decision.”

Yet many GPs are themselves so confused about the programme that they don’t even have the answers to awkward questions being raised by their patients.

A survey by Pulse magazine found last month 41 per cent of 400 GPs were planning to withhold their patient records from care.data.

They were worried about the same things patients were worried about: that care.data was giving patient data to third parties and private companies. They had like most people not had time to digest the implications of a society where people’s most sensitive biological markers and parameters where hoisted up on a database like a cadaver put before a lecture hall in a Victorian medical college.

GPs were in fact being responsible data owners in going one step further than telling their patients just to hand it over. They were not responsible enough though, as they gawped at the approaching April launch, to have found the answers to their questions. GPs were in fact about as fearful in their ignorance of care.data as their patients. A BBC survey found last week that about the same proportion of patients were ignorant of care.data as their GPs – 45 per cent. This is the decentralised NHS the coalition government’s reforms sought to create.

Yet is actually devilishly hard to learn the answers to the sorts of questions GPs and patients would have about this scheme. That is the details: who specifically will get your medical records and what will they do with them under what conditions. 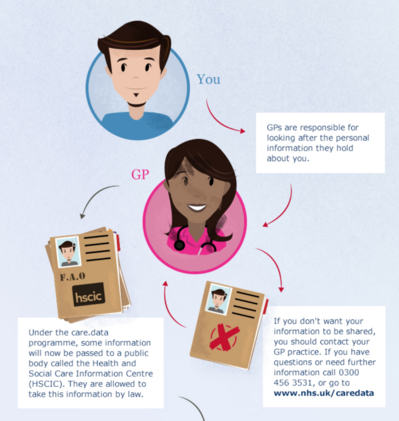 The ICO said its warning to NHS England this month concerned a leaflet the NHS body sent to patients. The leaflet was promotional, placatory: look how great our scheme is. It had a link to a website for details. But the details were too vague to satisfy the ICO, too vague satisfy what remains of the law.

The ICO produced its own cartoon leaflet with more information about the contentious areas. But it also raised more questions than it answered.

Everyone’s medical records would be made public after being scrubbed of identifying attributes, it said.

NHS England has meanwhile agreed with GPs to step up its general awareness campaign. More people will consequently understand vaguely that their medical intimates have been requisitioned for the greater cause of medical science. It is a worrying precedent only partially placated by NHS England’s late offer of an opt-out for patients who would rather their donate their medical intimates at all.

The 2012 Act gave government power to simply take what it wanted. It appointed the Health Secretary as some sort of data Sheriff of Nottingham. The data protection law it revoked was a right to refuse. The NHS subsequently re-introduced it as a mere courtesy with provisos – what it now calls an opt-out.

Kelsey, deputy data sheriff, is attempting to tell people about this courtesy in his care.data publicity campaign. But without legal protection, with so much uncertainty about the details, with DNA science rekindling interest in eugenics, with powerful drugs and insurance companies slavering over patient data, with organisations like the US National Security Agency and Britain’s own security agencies hoovering up as much human intelligence as they can, with predictive and pre-emptive crime science on the horizon, with the world-wide economy in trouble, civil war fermenting in Europe and nationalism on the rise, it may be a faint courtesy. Medical science needs no more data than people are willing to give. Data science is a statistical science. It doesn’t need total surveillance. But if it does get it – if the do-good banner of medical science is used to justify the state’s requisition of all medical records – the rest of our data protections will fall like dominoes.