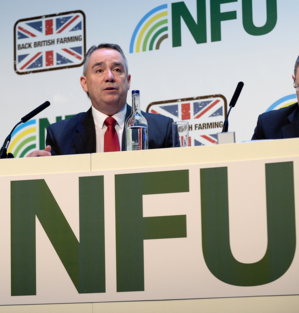 Mark Grimshaw, chief executive of the Rural Payments Agency is either an imbecile or a charlatan, if Farmers Weekly is anything to go by.

He’s been telling the agricultural press that his agency’s prototype mapping tool is a failure. That’s like saying a recipe is duff because your soufflé collapsed on your first trial run.

Farmers were apparently unhappy the prototype was not working as well as a production-quality system. So Grimshaw called a press conference yesterday and announced that the sky was falling down.

The odd thing was that the mapping tool had only just been released as a public beta prototype. A date hadn’t even been scheduled for a live roll-out.

Being a prototype meant farmers were supposed to be using it tentatively, so its software developers could identify problems and get them fixed. That way, the new system would only be rolled out properly when it was ready.

This style of prototyping is the big whiz for the Cabinet Office’s Government Digital Service (GDS), whose software developers have been producing the mapping tool. They call it iterative development. But the idea’s same as ever for such software projects: keep the old systems running while you get the new one working properly. There’s bound to be problems with a new system. So you factor in some flex. You don’t do anything reckless like tell all 88,000 farmers to use the prototype system en masse, as though it was ready, oiled and tested to roll at full speed.

There was plenty of flex in the Rural Payment Agency’s new system, as it happened. Computer Weekly understands that as part of the Department for Environment, Food & Rural Affairs’ £155m Common Agricultural Policy (CAP) Delivery Programme, it wasn’t due for final completion till the end of 2016. In any case, GDS schedules for the mapping tool didn’t have a date for the live roll-out, suggesting they were expecting to take a sensible look at the prototype and how long it might take to fix its problems before making any rash decisions.

This was just as well, because GDS had reported this mapping tool was a tricky task. This is not a bad thing. It sounded like GDS were having a lot of fun with it. They were making digital maps that farmers could use to clarify their boundaries when claiming European Union subsidies. It looked like a peach of a project to work on, and a peach of a tool for farmers too. If the Rural Payments Agency has managed farmers’ expectations so badly that they have gone bovine over the prototype, then it must be seriously in need of a dip.

Perhaps though, Grimshaw has been done a misdeed himself. You have to ask who advised him on this, and how GDS let him shove their prototype software out as though it was a done deal.

He should have been especially sensitive not to rush it, because the Rural Payment Agency CAP system got such a heavy panning under the last government from Conservative politicians with an agenda against public bodies and public subsidy that it must now only take someone to say the words ‘computer’ and ‘CAP’ for farmers to froth in brainless rage.

Now Grimshaw has issued a press release saying he has given farmers “a new approach” to file their claims for EU subsidies in place of the ‘failed’ prototype. The new approach sounds remarkably similar to the existing way they do it.

The old system involved farmers using paper forms to describe their boundaries. They would send them to the Rural Payments Agency, where its officers would check the paper submission against their own computer systems and send out experts to deal with any discrepancies.

Grimshaw’s new approach will allow farmers to use paper forms to describe their boundaries and send them to the Rural Payments Agency, where its officers will check the paper submission against their own computer systems and send out experts to deal with any discrepancies.

In other words, Grimshaw said farmers will go on using the old system while the new system beds down. That was the plan all along. It was like telling someone who had just walked to work that some new prototype transport system was still in prototype phase but in the meantime, if they would forgive him, he would give them the use of their legs.

And yet he managed to convey this information in such a way that the farming media are referring to it as an “IT fiasco”. The fiasco, if there is one at all, has little to do with the IT.