One of my key “learnings” (if you will excuse the Americanism) from the Yahoo! open hack day Europe 2011 was a splash of open source that I did not expect.

The Yahoo! YUI library (pronounced ‘why, you eye’ – as in user interface) is a set of utilities and controls, written with JavaScript and CSS… and it’s free under the BSD license. 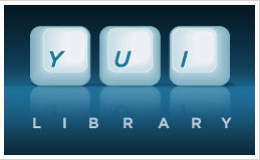 This toolkit is intended for use by web application developers (and designers) who want to build interactive online apps using techniques such as DOM scripting, DHTML and AJAX.

“Built by frontend engineers at Yahoo! and contributors from around the world, this is an industrial-strength JavaScript library for professionals who love JavaScript,” says the company.

If you’re into your first year of web design and don’t professes to be fully proficient with the previously mentioned web design technologies, then don’t fret says Yahoo — YUI is a world-class platform for novices, hackers and application developers alike.

The company has also provided a neat additional tool inside YUI called YUI Doc. This is a Pyhton application designed to allow users to create “coherent API documentation” for your code. A nice touch? It seems so.

“By providing a concise, convenient, and intuitive API that is lightweight and lightning fast, plus a well-thought-out infrastructure and comprehensive suite of tools to help you code like a professional, YUI is perfect for throwing together simple effects on a web page to build maintainable, and well-architected web applications,” said the company according to a press information sheet.

Still think you’ve never heard of YUI? Think you’ve never seen it? Well Yahoo! uses it – ok no surprise there. Not only, but also – YUI is used on the Huffingtonpost.com, Reuters.com and NFL.com

The company claims that the YUI Library is the only other library other than jQuery that is gaining market share and that it is now used by 2.9% of all websites. (Source: W3Techs survey)

After spending another couple of days in the company of Yahoo!, its execs and its developer cognoscenti I’m gaining a clearer view of the company. I’m not 100% sure that it doesn’t trade too heavily in regional pockets where it still enjoys the wider popularity that it once had globally — so watch this space, I shall write more.