In news that perhaps slipped through the cracks in the pre-summer build-up, earlier this year the MACH Alliance has reached the 30 member milestone.

For the record, the MACH Alliance presents and advocates for an open and best-of-breed enterprise technology ecosystem that is:

Research conducted in February of this year commissioned by the MACH Alliance found that 81% of respondents expressed the strong intention to increase MACH elements in their front-office architecture in the next 12-months.

The poll was carried out among “senior-level technology decision-makers” across the USA, UK and Germany.

It (perhaps surprisingly) suggested that the C-suite is driving the push for IT architecture modernisation as a means to enhance customer experience while also saving on costs and staffing resources.

Does the C-suite really care about IT architecture modernisation?

It seems more likely that the software application development (DEV) and operations (OPS) would be more likely to care about this issue… but perhaps they have been exerting some upward pressure on the C-suite suits.

“The pressure to perform at peak operational efficiency while also keeping costs low has been a forcing function for IT leaders and the c-suite to consider the ways they can be doing things differently. That has led companies to explore MACH architecture and the ways it can help them innovate faster and perform better than monolithic suites allow for,” said Kelly Goetsch, president of the MACH Alliance.

A look back & a look ahead

In addition to its momentum, the Alliance hosted the first ever MACHathon in January, connecting 17 global teams virtually to push for innovation that could be “built in short order” using MACH technologies and composable architectures.

“We initially intended to launch the Alliance at the end of Q1 2020 but ultimately hit pause when the pandemic took hold. We quickly realised it was to our benefit to launch within the first half of the year, even in the thick of the pandemic, as it became evident that it would have a massive accelerating effect on the growth of the MACH principle and the need for going composable,” said Sonja Keerl, Vice President of the MACH Alliance.

Keerl asserts that MACH has moved “from the challenger category to the mainstream” with business leaders recognising that the MACH approach is the less risky option and the one that’s most beneficial for the bottom line.

With over 30 international member companies today, the MACH Alliance predicts it will stay on this high-growth trajectory through 2021 and beyond. Support for its mission has led the organization to secure $1M in funds raised thus far to help sustain its momentum and continue to showcase how MACH architecture. 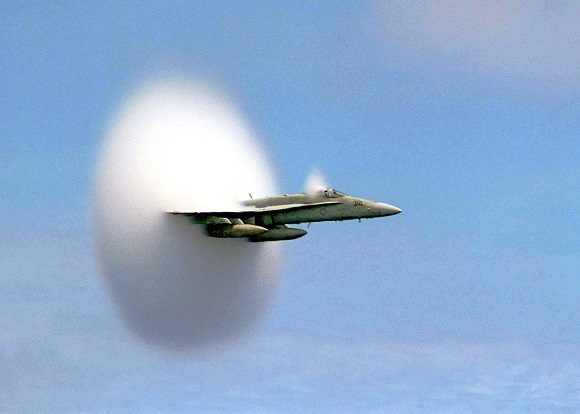 Wikipedia image: An FA-18 Hornet creating a vapor cone at transonic speed just before reaching the speed of sound.