As we all know, Covid-19 changed pretty everybody’s life at some stage or other throughout 2020. As we stand now in the summer of this same year, people are still working out how to move forwards, how to get used to the new way of life and how they they should behave in the so-called new-normal.

One aspect of the technology industry that took an immediate body blow was the conference and convention industry. With events typically scheduled in almost every month of the year (July & August are always lighter), we found events cancelled at short notice as industry gatherings all moved to online virtual-only status.

So what was the wider effect of this change and did any good come of it?

Stefano Maffulli, Scality’s senior director of community and marketing thinks that there could have been some positives. He points out that lost revenue for tech events cancelled over Covid-19 (Coronavirus) has (at the time of writing) already notched to over US$1 billion.

But perhaps the loss to open source communities isn’t so clear cut?

Instead of chugging Red Bull and Pepsi while chatting in the hallway track, are developers now more focused on contributing to the actual projects?

Over the past 10 years, Maffulli has spoken at or done booth duty on five continents, from FOSDEM in Brussels to OpenStack Summit in Sydney, passing through Brazil and Hong Kong, too. He says that he enjoys meeting ‘IRL’ (in real life) to dive into projects as much as the next nerd, but there’s a productivity cost for open source that we ignore.

“At tech conferences in general, attendees are paid to attend by their employers (or at least they get paid their normal weekly salary). They come to strike deals, strengthen partnerships and trade gossip. All of that happens at open source get-togethers, too. It’s just that there are also enthusiasts, volunteers, students, the code-curious and tinkerers who come because they want to be there — not to sprint in the expense-report Olympics. Instead of inking a bottom line, these people are discussing community participation, code, documentation and future developments,” said Maffulli. 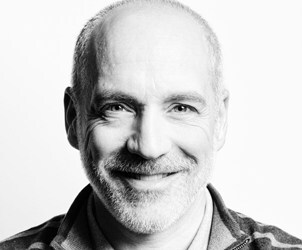 He points out that the OpenStack Foundation Summits used to separate church from state. First, there were five days of corporate circus followed by several days dedicated to meat-and-potatoes called the Project Teams Gathering (PTG). The gatherings days are where the roadmap for the next development cycle gets hammered out, far from the sales floor and with less emphasis on corporate affiliation.

According to Maffulli, “Before the booming conference industry clouded that vision, open source collaboration worldwide adapted to use remote collaboration tools, asynchronous communication on mailing lists or real-time using IRC. Then, it grew into one big to-do. In 2018, Linux Foundation events alone distracted more than 32,000 developers, architects, community thought leaders, business executives and industry professionals from more than 11,000 organisations across 113 countries. It’s worth mentioning that the GNU libc and compiler collection existed long before Ryanair offered US$30 flights.”

Maffulli’s prediction is that we’ll now see an uptick in code contributions and meaningful partnerships that wouldn’t be possible if the conference circuit was still set to hyperdrive. He says that this could be a great year to boost the ranks of 1.3 million first-time contributors to open source, taking advantage of the shelter-in-place effect that has placed more behinds on chairs in front of computer screens than ever.

What about conferences moving online?

Most, if not all, of the big open source events have staged some virtual version this season, from the Red Hat Summit to OSCON — and this is of course a trend that has been played out with equal measure in the proprietary technology space.

“When you’re at your laptop for virtual conferences, you are much more easily distracted by stray messages or Zoom calls from co-workers. The main problem, however, is that we need to deal with the time zone differences (and connection speed differences) between Cupertino to Barcelona (and further afield) before online conferences are more than just glitchy avatars of the live versions.

“Of those that I’ve attended during lockdown, all have suffered the kind of technical lags that make you impatiently mouse over for another screen or tab. None of them have found a way to successfully replicate the ‘hey, how are you?’ networking effect or provide unintrusive or effective ways to interact with speakers if you have questions or comments,” he added.

Maffulli concludes by admitting that it’s hard to ‘gin up’ enthusiasm for technical talks sitting at the kitchen table or home office, knowing there’s no free finger food and drinks to look forward to at the end.