“If you were wondering what a nice girl like me is doing in open source, I used to be a lawyer… but through a number of different roles I ended up falling in love with open source and now work across a number of roles, including connections to the UN,” said Brock.

When we think about what open source is and what it isn’t – her organisation OpenUK is working with Oxford University Press to publish a forthcoming book later this year that brings together some twenty leading figures as authors who have shared their vision on where open technologies are developing.

NOTE: Amanda Brook is the Editor of the book, Open Source Software: Law, Policy and Practice”, 2nd Edition, to be published by Oxford University Press in Spring 2022 with open access sponsored by the Vietsch Foundation.

Quoting EU president Ursula von der Leyen’s comments on ‘what we do now, will affect our future generations’… and thinking about the longer-term impact of Brexit on the UK, EU and world economies, Brock said that the topic of data sovereignty has come to the fore more and more in recent months. 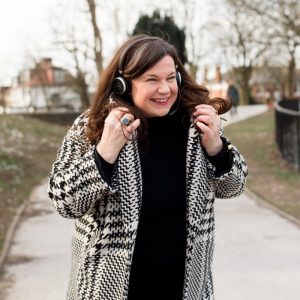 Thinking about the impact of the pandemic itself, Brock lamented that it has a rough couple of years… but that there has been a positive impact upon open source because of the renewed drive on developing so many technology platforms and tools throughout the Covid-19 contagion.

Referencing GAIA-X and its federated data approach for Europe, there has been so much platform level change (OpenUK signed up as a member from day one)… and then of course the war in Ukraine has followed to drive even more disruption.

While many people disagree on what open source really means, Brocks suggested that pretty much all of us will agree that open source means technology that is developed and created in the open.

“People will be attracted to open source because people want to avoid lock in and perhaps they think they will save money… but simply throwing open code over the wall to GitHub with an open licence is not a carte blance passport for success… if you don’t provide the governance, updates, maintenance and project management that a code-base needs, then you’re setting yourself up for failure, or at least failure to realise full project potential,” said Brock.

What open source is not, she asserted, is a business model.

But things have changed and Microsoft has moved on from the Steve Ballmer ‘open source is a cancer’ days of yesteryear. Brock pointed to the new Microsoft under Satya Nadella and enthused over the fact that the company is now one of the biggest contributors to open source code overall [alongside Red Hat, obviously] today.

Thinking about big picture, statistics suggest that some 20% of the economy is based upon open source – Brock herself suspects that the number might well be closer to 60%.

Talking about what OpenUK does, Brock explained where the organisation focuses on training and skills.

“For open source to be the tiger that it can be, we all need to work together and make it roar,” she concluded.

There is clearly a lot going on at OpenUK and we aim to track further news and commentary here to uncover some of the truly open, open purity that is helping the UK, European and other world economies through the collaborative community contribution model that is open source. 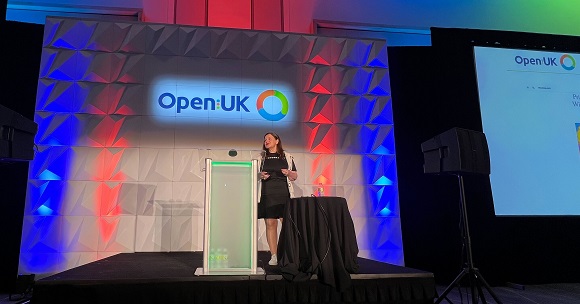