Thierry Carrez, vice president of engineering at the OpenStack Foundation writes from this point forward.

Reduced to its essence, free and open source software is defining a set of freedoms, encoded into software licences.

The Open Source Initiative (OSI) maintains an open source definition and a list of compatible licences, with the double goal of guaranteeing those essential freedoms and rights… and facilitating adoption by limiting licence proliferation.

This standardisation effort was critical to the success of open source software and its wide adoption in our industry. However, our narrow focus on software licences has created an opening for businesses to co-opt open source. They respect the letter but not the spirit of free and open source software, ultimately depriving users of most of the benefits that the original freedoms were designed to provide.

Over the past 15 years, companies evolved ways to do open source while retaining control, depriving users of key benefits like the ability to rely on multiple vendors, or the ability to influence the future direction of the software.

At the same time, new business models around operating software inserted a layer between the user and developer, depriving end users of key benefits like the ability to look at the code, self-service issues, or try the software with all of its functionality.

This evolution culminated last year, during which open source was clearly under attack.

It started with successful companies wanting to artificially protect their business model against competition, and trying to push new licences that prevent others from building a business on top of the same open source project.

This is based on the illusion that they own the open source project. But by making the choice of releasing their software under an open source licence, they abandoned that control in favour of giving their users key freedoms, which is probably why they ended up being successful in the first place.

Guardians of the open galaxy

The OSI resisted those attempts… and denied those new licences. Some of those companies then decided to attack the legitimacy of OSI as guardians of the open source definition.

There is nothing evil about proprietary software, I just think that open source software is a more efficient way to produce better software. But there is a form of short-sighted evil in companies that want to blur the lines on what “open source” actually is, in order to better align with their evolving business model.

So what should we do about it?

1- Open source is business-friendly, but it’s not a business model.

Monetisation based on pure ownership of open source is therefore doomed to fail.

2- The value of open source directly lies in the freedoms it grants.

The value does not come from the “open source” label.

Redefining “open source” to remove freedoms is short-sighted, as it will ultimately destroy its value.

3- How open source software is built affects the benefits you get out of it.

All open source software is not equal.

Open collaboration on a level playing field is the best way to preserve user benefits, like the ability to rely on multiple vendors or to influence the future direction of the software.

4- Licences are not the only tool we can use.

Licences for example are terrible ways to say how the software should be built.

We should use other tools to drive those agendas, like classification or labellisation.

The open source community is facing powerful opponents, who spread confusion for their benefit.

Only through clarity and education will we be able to prevail. 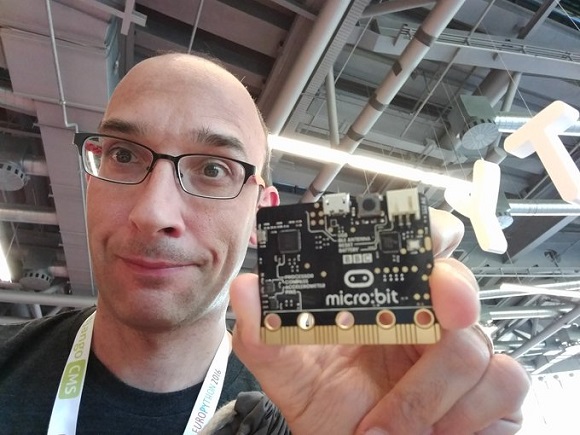 Carrez: Proprietary is not evil, open is just a more efficient way to produce better software.