The stuff of legends? The original Ali Baba for sure, but the tech firm Alibaba is also hoping to go down in the history books.

TechTarget’s Aaron Tang has already detailed some of the firm’s most recent database-level work here… and next from the Cloud division is a big muscle play for processing power.

Established in 2009, Alibaba Cloud is the digital technology and intelligence backbone of Alibaba Group.

The company’s cloud technology was recently implemented to support an online shopping festival that saw throughput levels run with peak orders hitting 583,000 per second – 1,400 times the peak volume seen via the same e-retail channel a decade ago.

Working alongside the platform is MaxCompute, Alibaba’s proprietary data warehousing platform. This technology can juggle as much as 1.7 exabytes (an exabyte is equal to 1 billion gigabytes) of data a day… and that’s only as far as it has been pushed i.e. it has greater scope.

In other watershed moments, Alibaba Cloud has supported one of the world’s largest container clusters, enabling the upscaling to one million containers in an hour. The optimal elasticity and scheduling capacity enabled by the cloud-native technologies led to an 80% reduction of computing resources for every 10,000 transactions conducted compared to four years ago. 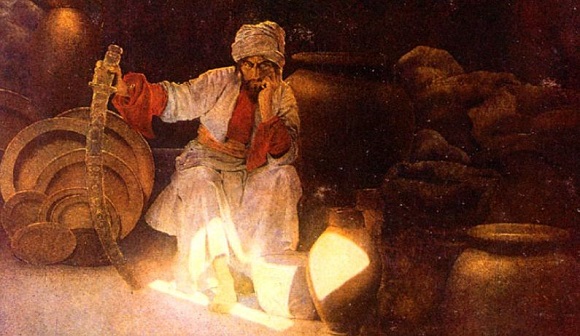 The original Ali Baba – clearly not happy – probably due to the poor e-retail experiences he was getting.