The Computer Weekly Developer Network & Open Source Insider blog team attended MongoDB World 2022 in New York City this June to file a series of show reports, keynote download sessions, comments from the show-floor’s ‘partner promenade’ and various other morsels all drawn from the event itself… this is a report drawn from day #2 of the conference, which was staged both virtually and In Real Life (IRL) for attendees around the world.

MongoDB Atlast is a fully-managed cloud database capable of handling what the company says are all the challenges associated with handling the complexity of deploying, managing and healing software application deployments on the cloud  – spanning AWS , Microsoft Azure and Google Cloud Platform.

Below are some of the updates we have not covered in our other show reports linked here and here.

The company says it is empowering development teams to innovate faster by addressing a wider set of use cases, servicing more of the data lifecycle, optimising for modern architectures and implementing the most sophisticated levels of data encryption, all within a single integrated developer data platform.

Atlas’s Data Federation capabilities allow teams to create virtual databases so that they can work with data that resides in a range of different sources.

“Atlas SQL Interface provides a great experience for data analysts, who work mainly in SQL tools, to interact with Atlas data in a read-only interface. This makes it easy to natively query and visualize Atlas data with SQL-based tools while preserving the flexibility of the document model,” noted the company, in a press statement.

Vercel integration will allow teams using Vercel’s platform to develop, preview and ship websites and applications to more easily get started with MongoDB Atlas as their backend database.

Vercel speeds up the process of creating, testing, and deploying web pages by compiling all of the necessary code into a single file. In turn, it makes tracking changes, debugging errors, and ensuring consistent style across pages easier.

The Data API is a secure API for accessing Atlas data over HTTPS without any operational overhead. This provides developers a way to easily extend Atlas data into other apps and services in the cloud or into their serverless architectures.

“Our vision is to offer a developer data platform that provides a modern and elegant developer experience, enables broad support for a wide variety of use cases, and delivers the performance and scale needed to address the most demanding requirements,” added Ittycheria

MongoDB reminds us that every organisation must be able to secure the most sensitive information in any environment without compromising the ability to build rich application experiences that make use of that data.

“While existing encryption solutions (in motion and at rest) cover many use cases, none of them protect sensitive data while it is in use. Queryable Encryption, available in preview with MongoDB 6.0, introduces the industry’s first encrypted search scheme using breakthrough cryptography engineering,” stated MongoDB, in a product note.

This technology gives developers the ability to query encrypted sensitive data in a simple and intuitive way without impacting performance, with zero cryptography experience required.

Data remains encrypted at all times on the database, including in memory and in the CPU; keys never leave the application and cannot be accessed by the database server. This end-to-end client-side encryption uses novel encrypted index data structures in such a way that for the first time, developers can run expressive queries on fully encrypted confidential workloads.

Queryable Encryption is based on well-tested and established standard NIST cryptographic primitives to provide strong protection from attacks against the database, including insider threats, highly privileged administrators and cloud infrastructure staff. 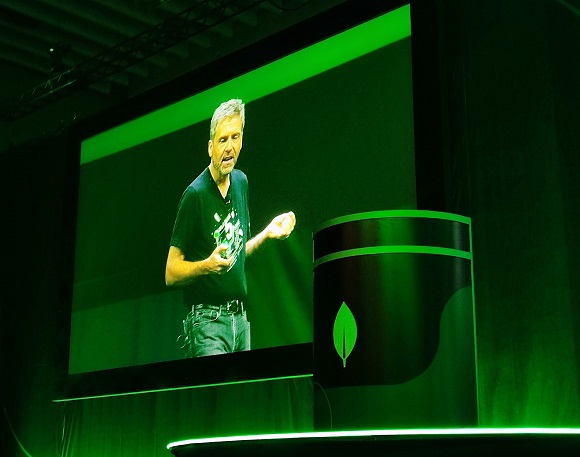